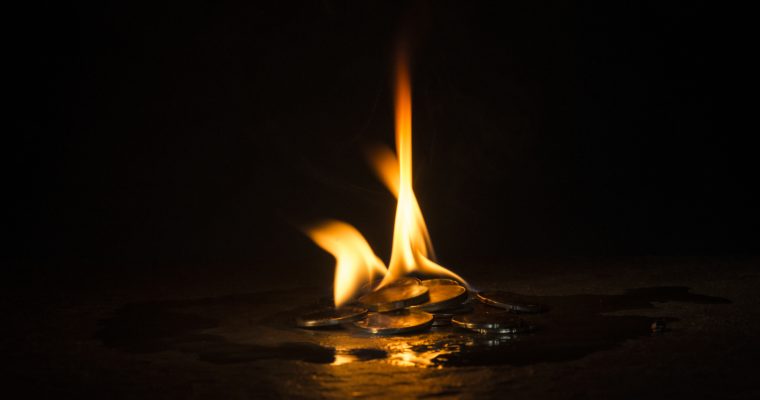 The much-hyped Tron Independence Day is less than 72 hours away. As part of the commemorative events that are set to take place, Tron Foundation has revealed that TRX tokens worth approximately US$ 50 million will be burnt. This is one billion TRX coins which according to Tron Foundation will perhaps constitute the largest amount of money ever destroyed for purposes of celebrating a monumental event.

Letter to the community: #TRON Independence Day. Celebrate on June 25th as we become a free, autonomous, and self-governed decentralized internet. Join us in celebrating with a 🔥🔥1 billion #TRX coin burn! @Tronfoundation https://t.co/NZrpDq6V9V pic.twitter.com/NFmIjRAF6u

After the burn, the number of TRX coins will consequently fall to 99 billion. Tron Foundation is currently holding 33,251,807,524 TRX and these will remain locked till January 1, 2020.

The mainnet launch of Tron is a process which has consisted of four stages. The world’s 9th largest cryptocurrency based on market capitalization at the time of writing, according to CoinMarketCap, launched its testnet late in March. The preparation phase which has been underway has mainly involved selecting Genesis Representatives from among the Super Representatives already picked.

Tron’s successful mainnet launch will be dependent on 27 Genesis Representatives and rehearsals have been conducted with a view to ensuring that the launch of the mainnet takes place without hitches.

With Tron listed on more than 100 exchanges across the globe, it will be up to each exchange to determine when to migrate tokens to the Tron mainnet from the ERC20 blockchain. The migration exchange rate is 1 to 1.

Unlike the Ethereum platform which uses the custom programming language of Solidity, the Tron mainnet is built on Java. After the launch of Tron’s testnet late in March, the founder of Tron Foundation, Justin Sun, claimed Tron was better than Ethereum listing several reasons including a higher number of transactions per second as well as fees.

While the Tron team initially had a bug bounty program offering $100,000 to identify weaknesses and flaws, the team earlier in the month raised the figure to $10 million. This was interpreted as a sign of confidence in the security of its network besides a show of the seriousness Tron Foundation ascribes to network security. At the beginning of the month, Sun said as much.

#TRON Bug Bounty Program with a highest reward of USD$10 million. We take the security of #TRON mainnet very seriously. If you have made an important discovery of potential bugs, please contact us and join the TRON Bug Bounty Program🔉 #TRX $TRX https://t.co/e399Z4TZBw pic.twitter.com/JRyVnTtb9J