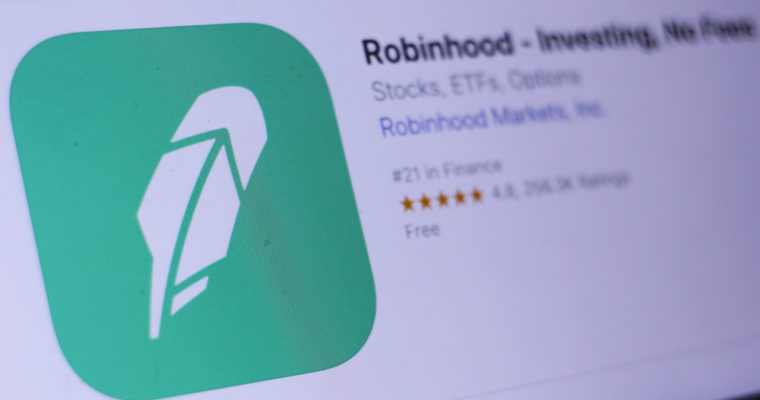 Stock trading app Robinhood, which recently began rolling out cryptocurrency trading to many of its US customers, wants to offer its customers savings accounts and other traditional banking services.

Bloomberg reports that the $5.6 billion firm, based out of Menlo Park, CA, has already approached regulators at the Office of the Comptroller of the Currency (OCC) about acquiring the licenses necessary to receive a national banking charter.

More than 4 million people have registered for Robinhood’s commission-free stock trading platform, and users in 16 states can also trade bitcoin and ethereum alongside their equity investments. By registering as a bank, Robinhood could offer even more services to customers as it seeks to become a one-stop financial platform.

At present, Robinhood is registered with FINRA as a broker-dealer and is regulated by the Securities and Exchange Commission (SEC).

Robinhood is one of at least three tech unicorns operating in the cryptocurrency space that are said to have inquired about registering as a national bank. Such charters preempt state-level financial regulations, which force US startups to engage with a patchwork of 50 different regulatory regimes.

Circle, now valued at more than $3 billion following its latest funding round, has confirmed that it hopes to pursue a banking license in the future as part of its commitment to robust regulatory compliance.

The San Francisco-based Coinbase has reportedly held similar discussions with regulators as well, though the firm — which is said to have internally valued itself at $8 billion — has not commented on these reports publicly.

While attractive, national banking charters are difficult to acquire, and the OCC has in past public statements expressed an amused condescension toward fintech firms interested in registering as financial institutions.

“Most fintechs come to us because they have heard of this thing called a national banking charter that gives them pre-emption across state lines,” Comptroller of the Currency Joseph Otting reportedly said at an industry conference earlier this year. “When they come and they speak to us, and they understand what it really takes to be a bank, they kind of glaze over and often leave skid marks leaving the building.”