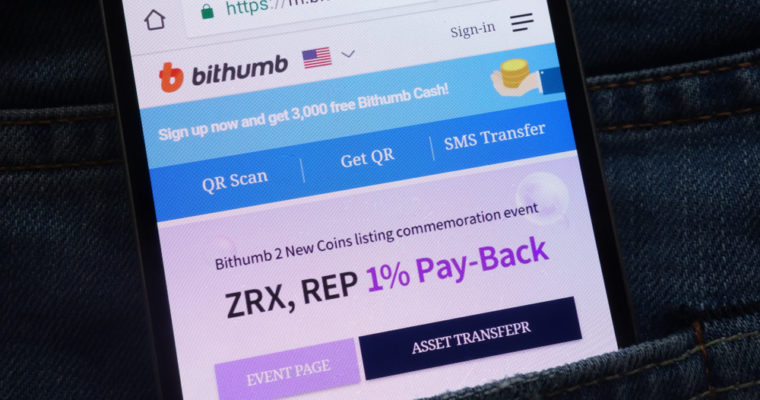 Charlie Lee, the founder of Litecoin, went on CNBC’s Fast Money program on Wednesday to discuss the recent hacking of South Korea’s cryptocurrency exchange Bithumb, among other developments in the crypto sphere.

Speaking via telephone, the founder of the world’s fifth-largest cryptocurrency by market cap pointed out that while it is normal for cryptocurrency investors to panic when an exchange gets hacked, such an act does not change the fundamentals of crypto assets.

“Whenever there’s an exchange hack, people get scared and the price drops. It happens all the time. The thing is it doesn’t really change the fundamentals of Bitcoin and other cryptocurrencies,” said Lee.

Litecoin’s founder then drew parallels to a gold heist at a bank, arguing that — theoretically — it shouldn’t affect the price of the precious metal. Likewise, according to Lee, the hacking of a cryptocurrency exchange shouldn’t have any impact on the fundamentals of crypto assets.

However, Lee agreed that big strides need to be made with a view of improving the security systems of the exchanges. But Litecoin’s founder was quick to point out that cryptocurrencies are a nascent technology and exchanges are still on the learning path, with improvements constantly being made, even though a lot still remained to be done.

With regards to developments in the cryptocurrency sphere, Lee observed that Bitcoin developers had made great strides in the recent past and this included the activation of SegWit (Segregated Witness). Currently, many developers are focused on rolling out the mainnet release of the Lighting Network, which is expected to enhance Bitcoin’s scalability. But while the Lightning Network was primarily developed with Bitcoin in mind, the protocol has been adapted for Litecoin and other networks as well.

Despite the progress made, Lee lamented that the price of the flagship cryptocurrency had fallen by between 60-70% and this was not reflective of recent technological advances. Lee, however, expressed hope that with time the price will adjust to reflect the progress that had been made. Per Lee, the only reason for the current prices was the overwhelmingly bearish sentiment.

When asked how long the bear market would last, Lee could not hazard a guess, noting that having been in the space for between 7-8 years, he has witnessed bear markets which have lasted for a period of between 36 to 48 months and it was therefore impossible to predict whether this particular one will last just as long or bulls will take over soon.

On the same Fast Money show, Lee also commented on the report by the Freeh, Sporkin & Sullivan LLP law firm that Tether’s USDT tokens are fully backed on a ratio of 1 to 1 by US dollars. He noted that if this were indeed true, the markets would benefit from increased confidence. As evidence, he noted that cryptocurrencies rose slightly after the report came out.

“If they actually do have a USD backing then that means that the run-up is created by real demand and not fake demand. And that’s really good news,” Lee said.