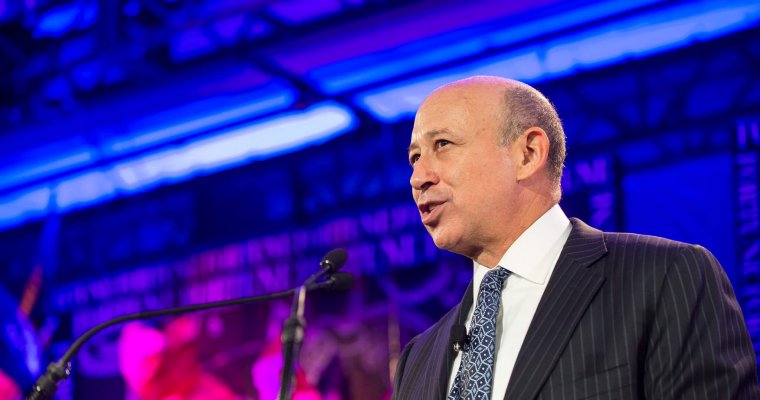 Lloyd Blankfein, the CEO of Goldman Sachs, one of the biggest investment banks in the global finance sector valued at $87 billion, has criticized skeptics that believe Bitcoin and cryptocurrency do not have a future.

At the Economic Club of New York conference, Blankfein said:

“If you go through that fiat currency where they say this is worth what it’s worth because I, the government, says it is, why couldn’t you have a consensus currency?”

Previously, during an interview with CNBC’s Kayla Tausche, Blankfein echoed a similar sentiment regarding Bitcoin, describing a period in the US history during which the US government abruptly abolished the gold standard and replaced it with a currency with no value, the US dollar.

At the time, US-based businesses, individuals, and investors had difficulty accepting and embracing the US dollar, a form of paper money, as an alternative to gold, which has been the standard of money for centuries.

Similar to how paper money was forced to become the natural progression from gold, Blankfein explained that Bitcoin could one day become the natural progression from fiat money to digital money, and thus, although he does not fully understand cryptocurrency and is not convinced that Bitcoin will soon become a reserve currency, Blankfein said he is open-minded about the cryptocurrency market as an emerging asset class.

“A five dollar gold coin was worth five dollars because it had five dollars worth of gold in it. Then they issue paper money that is backed by gold in the treasury. Then one day, they issue paper money that does not have the backing of gold. There was no pledge that if you turn it in, I’ll give you five dollars of gold. It is fiat money. I say this piece of paper is worth five dollars and so therefore it is five dollars and a lot of people did not take that for a long time. But, now they do without question. You move a little bit further and you get bitcoin that is not a fiat currency so I don’t trust, it and I don’t like it. On the other hand, if it works, I say maybe it was a natural progression from hard money to digital money, said Blankfein.

Earlier this week, for the first time in the bank’s history, Goldman Sachs chief operating officer David Solomon confirmed the rumors that Goldman Sachs has been working to establish a cryptocurrency trading desk beyond futures.

“We are listening to our clients and trying to help our clients as they’re exploring those things too,” said Solomon.