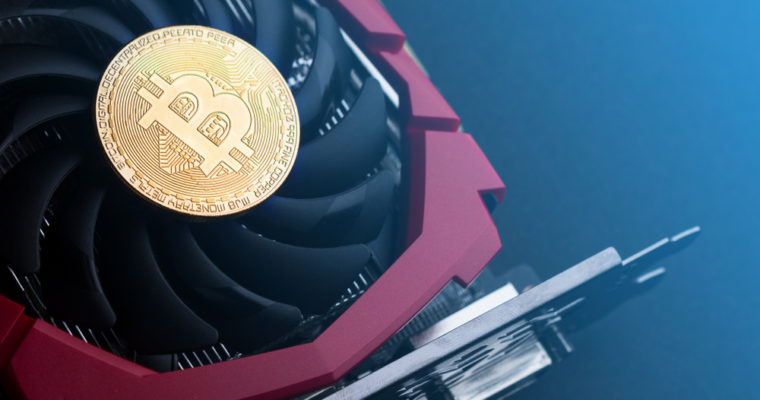 Demand from cryptocurrency miners has indirectly influenced the fortunes of GPU manufacturers Advanced Micro Devices (AMD) and Nvidia, with the former’s share prices increasing by 30 percent in May 2018 alone.

Since 2017, opportunistic cryptocurrency miners have started to bulk purchase GPU cards to build powerful mining rigs. While the move has augmented both profits and product demand for AMD, analysts are concerned about the immediate drop in stock prices if GPU mining proves to be unprofitable, or ceases to exist, in the near future.

On June 20, Bernstein analyst Stacy Rasgon called out AMD’s widely popular Vega GPU, which was disappointing for investors until cryptocurrency enthusiasts brought relevance to the product.

“Given AMD’s GPUs have been preferred for mining, and GPU supply in general to gamers was constrained industry-wide, we believe it is plausible that much of AMD’s GPU ramp has benefitted miners, rather than gamers, over this period,” stated Rasgon.

As reported by CCN, AMD earlier confirmed cryptocurrency miners create 10 percent of overall revenue for the company, adding that a “modest decline” is forecasted for Q3 2018.

Joseph Moore, an analyst with Morgan Stanley, echoes Rasgon’s thoughts and remains concerned with the company’s exposure to cryptocurrencies. Moore believes the cryptocurrency sector has “offset the slow and steady progress” of the microprocessor market but has ultimately “raised the bar” for those companies to perform in case the momentum from cryptocurrencies fades.

According to Marketwatch, traders continue to watch AMD stock. 13 company analysts have buy ratings, 12 have hold ratings, and six have sell ratings.

As per a GadgetNow report on June 20, Nvidia’s CEO Jen-Hsun Huang announced the company “would not launch any new GPUs for a long time” after the company overestimated the demand from cryptocurrency miners.

As it stands, Nvidia is stuck with an excess inventory of its flagship 10 series cards, with an Asian OEM partner going to the extent of returning 300,000 GPUs to the American chip maker.

“This is quite notable news as Nvidia usually exerts massive influence over its partners and can be quite ruthless with allocations of new GPUs if partners step out of line. The fact that this partner returned these GPUs says a lot about the current state of supply in the channel.”