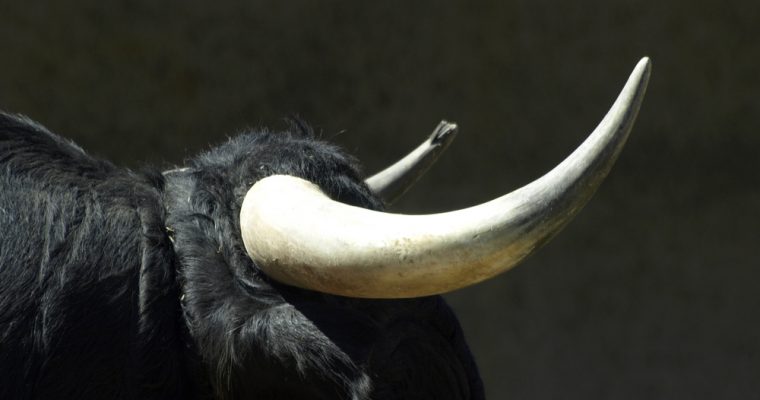 Over the past 24 hours, the cryptocurrency market added $12 billion, as major cryptocurrencies including Bitcoin, Ethereum, Ripple, and Bitcoin Cash experienced a short-term corrective rally.

Breathing Room, But Not Entirely Optimistic

The Bitcoin price rebounded from $6,300 to $6,700, breaking a descending trendline since May 3, when BTC achieved $10,000. While it is too early to conclude that BTC has entered into a mid-term rally given that it is still likely for BTC to fall below the $6,000 mark in the short-term, the cryptocurrency market has gained a breathing room from the recent major correction that began in early May.

So far, BTC has been able to remain relatively stable in the mid-$6,000 zone, with stable volume and moving averages demonstrating some momentum for the dominant cryptocurrency. But, if BTC falls back down to the $6,400 region in the upcoming days, it is likely that BTC will continue its downward trajectory.

Investors have become more optimistic and bullish on the market, due to the abrupt surge in the volume and price of BTC within a small 2-hour period. If investors want to see BTC remain above the $7,000 mark in the short-term, it will have to reverse the bearish sentiment by restoring the volume and continuing the current upwards trend of BTC.

As of now, based on the movement of BTC in the past 24 hours, it cannot be concluded that BTC restored its bullish sentiment and is ready to move to the upside. If BTC does sustain its momentum and volume in the next two to three days and remain above the $6,800 mark, a move towards $7,000 can be a possibility.

Custodian Solution in the Works

This week, Coinbase, the world’s most widely utilized cryptocurrency exchange, wallet, and brokerage, revealed that it is preparing to bring third party institutional custody to the cryptocurrency market and digital assets.

Kyle Samani, a managing partner at Multicoin Capital, which partnered with Coinbase to bring its institutional products to the public market, said:

“There are a lot of investors where custodianship was the final barrier. Over the next year, the market will come to recognize that custodianship is a solved problem. This will unlock a big wave of capital.”

Several prominent investors and hedge fund managers including Ari Paul from Blocktower previously echoed a similar sentiment and noted that the lack of custodian solutions have forced institutional investors to sit on the sidelines.

Currently, there are no institutional investors in the cryptocurrency market and the sector is mainly driven by retail or individual investors. That soon could change however, with companies like Coinbase, JPMorgan, and Goldman Sachs working on institutional-level suite of products.