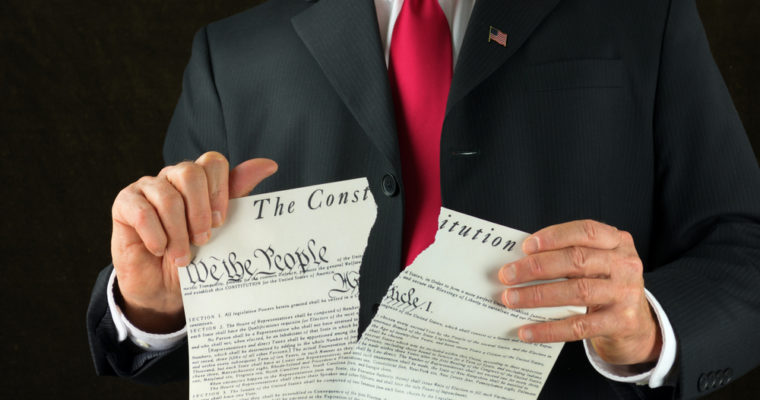 “Consensus by conference call” — that’s how one critic characterized the on-chain governance model employed by the nascent EOS network in the wake of several high profile incidents involving block producers.

Most recently, the network’s 21 block producers — organizations who verify transactions and validate blocks — froze seven EOS accounts allegedly belonging to thieves who had stolen funds by scamming users through phishing scams or other attacks. This action occurred on June 17.

While controversial in its own right — many compared it unfavorably to Ethereum’s decision to hard fork over the DAO hack in 2016 — the action was also apparently executed in violation of the EOS constitution, which delegates such on-chain governance decisions to an arbitration body.

“All disputes arising out of or in connection with this Constitution shall be finally settled under the Rules of Arbitration of the International Chamber of Commerce by one or more arbitrators appointed in accordance with the said Rules.”

As CCN reported, the EOS Core Arbitration Forum (ECAF) — the body to whom this specific decision was delegated — initially refused to order the block producers to freeze the accounts, citing a lack of jurisdiction since EOS token holders have not yet formally ratified the constitution.

The ECAF later issued a retroactive order, dated June 19, instructing block producers to freeze the accounts, along with the statement that the “logic and reasoning for this Order will be posted at a later date.”

However, the block producers had already frozen the accounts on June 17 — a decision made, knowingly in violation of the constitution, over a conference call that included block producers and arbiters.

As EOS New York explained in its recap of the incident:

“When we learned the ECAF would not change its position, it was clear that the judiciary was not available to the community and these affected community members at this time. We now found ourselves thrust into a position of acting as both executive and judiciary, which we initially resisted. We plead with the accompanying Block Producers/Candidates that the ECAF must step forward to issue the emergency freeze action on the affected accounts. Without this, we proceeded as group to review the evidence ourselves, and came to a difficult decision of executing based upon the evidence brought forth.”

EOS42, meanwhile, justified the action on the grounds that the block producers are not bound by the constitution since it has not been ratified.

“As we said on the call, our own conclusion is that if a ratified EOS constitution and arbitration was in place, then it would indeed be a fundamental overstep of Block Producers to do more than action arbitration decisions.”

Critics, on the other hand, argue that, if block producers are willing to take such punitive actions — even without the concrete constitutional authority to do so — this early in the network’s history, there is no reason to assume they will operate differently in the future, particularly if governments pressure them to censor certain transactions or users.

Respected computer scientist and smart contracts pioneer Nick Szabo excoriated the process as a “security hole,” arguing that it is “socially unscalable” and an “utterly idiotic “way to run a cryptocurrency.”

In EOS a few complete strangers can freeze what users thought was their money. Under the EOS protocol you must trust a “constitutional” organization comprised of people you will likely never get to know. The EOS “constitution” is socially unscalable and a security hole. https://t.co/WusEqBMGBp

Dean Eigenmann, founder of protocol governance project Harbour, argued on Medium that EOS is structured to give too much power to block producers, making it an “oligarchy veiled in a democracy” and prone to corruption.

“The sheer centralization of the entire governance system of EOS and the network itself is concerning. I fear many users are not actually aware of how centralized it really is,” he wrote. “The governance of EOS seems like it started off with the right intentions, but by trying to solve for every possible edge case turned into a centralized system where power to do absolutely everything is given to the block producers.”

Meanwhile, Cornell blockchain researcher Emin Gün Sirer has predicted that EOS’ governance model will lead to a legal firestorm in the — likely, he says — event that hackers exploit a vulnerability in the EOS source code to execute a “massive” cryptocurrency exchange theft and block producers vote to reverse the transactions.

However, if users are concerned about the governance methods employed by block producers, it does not seem to be having much of an impact on the EOS price. While the token is currently the worst performer among top 10 coins, it is nevertheless up 3.5 percent for the day against the US dollar.