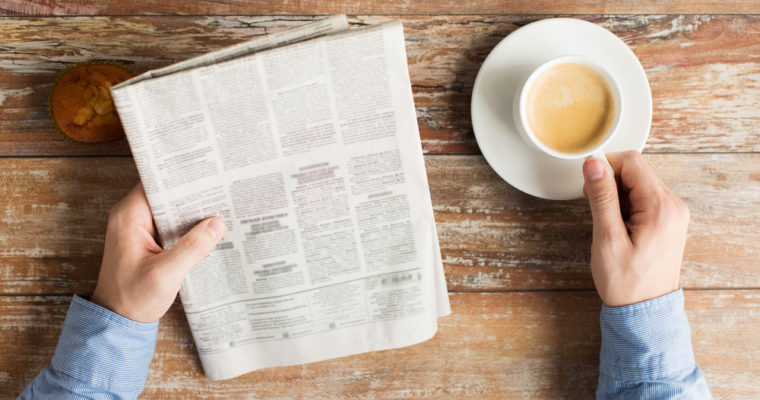 A group of journalists who left The Denver Post over conflicts with the paper’s owner has joined a blockchain based startup that hopes to operate 1,000 publications this year, according to The New York Times.

The former Denver Post staffers will partner with a startup called Civil Media Company, whose sole investor is ConsenSys, a blockchain technology company founded by Joseph Lublin, co-founder of Ethereum. The new publication will have a website with data written into a blockchain.

Civil Media Company plans to introduce a token this summer called CVL to help fund new media groups. Purchasers of CVL will be able to vote on whether its websites are meeting Civil’s journalism standards, as detailed in its constitution.

Civil Media Company chief executive Matthew Iles said that by offering ownership shares to the public, the company removes the chance of a small group of investors or a sole company exerting influence over a news outlet, something The Denver Post employees have accused its owner of doing.

Iles said it is hoped that Civil Media Company will become a publicly owned journalism entity that anyone interested in an independent journalism anywhere in the world should be able to be part of.

Civil hopes to have 13 newsrooms launched by the end of June nationwide.

A conflict between the editorial staff and the owner, Alden Global Capital, came to a head after the paper published articles critical of the ownership.

Iles first discussed the Civil project with Ryckman in April when the hedge fund announced additional layoffs at the newspaper. Ryckman said Iles was interested in a way to support local journalism with a new funding model.

Ryckman said he is interested in building a publication on explanatory journalism that will include investigative and feature articles.

Civil co-founder and communications head Matt Coolidge declined to say how much of the $1 million it has raised for journalism initiatives was earmarked for The Colorado Sun. He said Civil is committed to providing the support needed to make it sustainable.

The Colorado Sun will have to sustain itself once the grant support is gone.

Iles said he believes the project will succeed. The secret to success, he said, is terrific journalism rather than blockchain technology. He said he hopes The Colorado Sun serves as a model for other struggling local news organizations.

Josh Benson, a co-founder of Old Town Media, will work with the startup to establish a sustainable newsroom. He said The Colorado Sun seeks to be an independent, sustainable entity that will serve as a model for other projects.