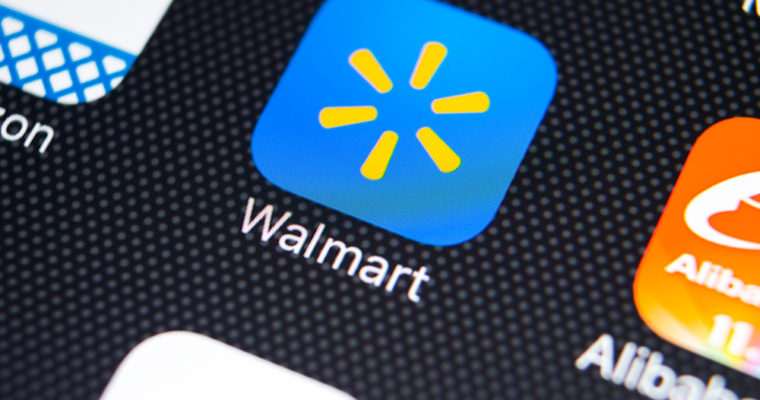 Big-box retailer Walmart has been awarded a patent for a system that is designed to store a patient’s vital medical records in a blockchain database. The information can then be retrieved at the scene of an emergency when a patient is unresponsive and can’t communicate with first responders. To protect privacy the only medical information that is stored on the blockchain database is emergency-specific.

The system described in the Walmart patent titled “Obtaining a Medical Record Stored on a Blockchain from a Wearable Device” is comprised of three critical devices. One of them is a wearable device which serves as the local storage medium for the blockchain database. Then there is a biometric scanner which is used to obtain the patient’s biometric signature and a Radio-Frequency Identification (RFID) scanner whose purpose is scanning the wearable device. In the patent, the retail giant proposes that the wearable device ideally be a bracelet.

At the scene of an emergency, the Walmart patent envisions first responders scanning the patient’s wearable device using the RFID scanner. They are then able to get an encrypted private key as well as the public key associated with the particular patient to whom they are attending.

To decrypt the encrypted private key, a biometric feature of the patient has to be scanned. This could be the face, the retina, iris, or fingerprint. Once decrypted, the patient’s medical records can then be obtained from the blockchain database.

A patient’s medical information can also be shared with other healthcare entities including paramedics, hospitals, emergency rooms or relevant healthcare personnel. The patent theorizes that the use of Internet of Things (IoT) devices will enable medical professionals to easily transmit this medical information from one entity to another.

According to the patent, the system will allow medical care personnel to be fully briefed on a patient’s vital medical records as well as medical information before the patient arrives at a particular facility. This will not only prove time-saving but also potentially life-saving. Walmart initially filed the patent application on December 14, 2016, and it was awarded last week on June 14, 2018.

Other blockchain patents that have been awarded to Walmart in the recent past include one designed to manage energy demand on an electrical grid.

With regards to its core business of retailing Walmart was last month awarded two patents. One of the patents describes a digital marketplace system that customers may use to resell items. The other is geared towards facilitating customer deliveries to restricted areas using autonomous ground vehicles.