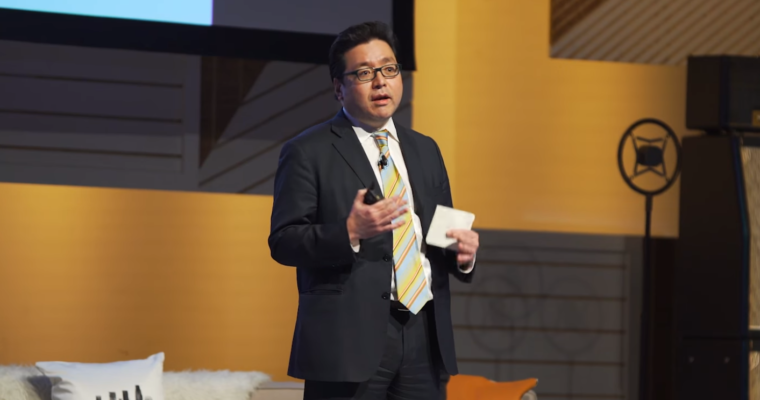 The bitcoin price has experienced a “gut-wrenching” decline in 2018, and Wall Street strategy firm Fundstrat believes it has finally identified the reason why.

Writing in a recent note to clients, Fundstrat founder Tom Lee stated that the bitcoin price tends to decline leading into futures expiration dates, suggesting that these products are a major driver of bitcoin’s movements.

“Bitcoin sees dramatic price changes around CBOE futures expirations. This was something flagged by Justin Saslaw at Raptor Group. We compiled some of the data and this indeed seems to be true,” Lee wrote, according to CNBC. “Overall, bitcoin has fallen 18 percent in the 10 days prior to CBOE contract expiration.”

“A broader observation is there is significant volatility around these expirations,” added Lee, a former managing director at JPMorgan. “And on average, the price recovered by day six [following expiration].”

Previously, Fundstrat had attributed the market downturn to tax-based selling, as traders who took profits in 2017 were forced to sell some of their remaining holdings to cover their capital gains liabilities. However, contrary to their prediction, the bitcoin price did not see a sustained recovery following the income tax return deadline in mid-April.

Now, the firm is joining a growing number of voices who have connected futures to the recent market downturn.

Prior to their launch, many investors and analysts believed that bitcoin futures would legitimize cryptocurrency in the eyes of institutional investors. Instead, institutions have remained on the sidelines, and an increasing number of researchers have said that these products have — to date — weighed heavily on the market.

As CCN reported, a recent research report published by the US Federal Reserve suggested that the launch of bitcoin futures triggered the start of the present bear market, largely because it gave bears their first real opportunity (on a regulated US exchange, anyway) to short the bitcoin price.

However, others allege that the decline has been a natural correction in response to suspicious market activity during last year’s bull run. Recently, researchers at the University of Texas released a 66-page report suggesting that Tether’s dollar-pegged USDT token may have been used to artificially inflate the bitcoin price on several exchanges.