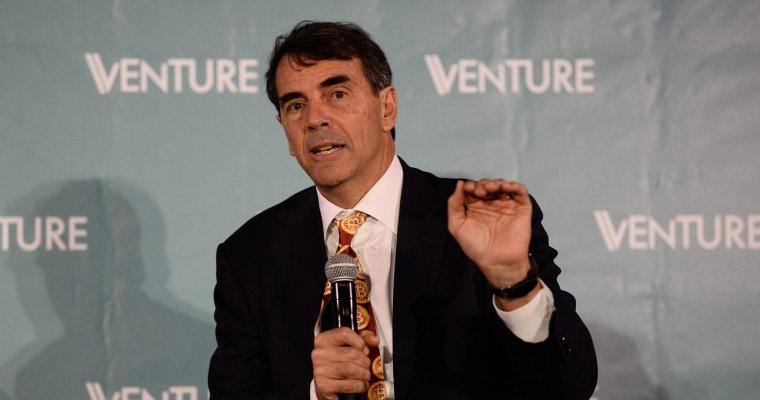 Billionaire venture capitalist and investor Tim Draper has long been one of cryptocurrency’s biggest bulls, and that has not changed during the first half of 2018, even as the bitcoin price has sunk more than 67 percent from its all-time high.

Speaking with financial publication TheStreet, Draper said that the recent market downturn has not caused his confidence in that forecast to waver.

Draper said that he is basing this bet on the expectation that cryptocurrencies — he’s invested in more than just bitcoin — will “increase the velocity of money” such that the global currency market will hit $140 trillion within the next decade.

“I expect that since cryptocurrencies will increase the velocity of money, the current $86 trillion global market for currency will grow to be about $140 trillion in the next 10 years, and that growth will be in crypto. In fact, I estimate that fiat currencies will actually decrease in use, and that crypto will become as much as $100 trillion of that market. I expect Bitcoin to be about 10% of that market, or $10 trillion. There is a lot of room to grow there.”

Draper, who is also behind a high-profile plan to divide California into three states (the initiative will appear on the ballot this November), said that he expects the world is on the cusp of a massive shift toward adopting cryptocurrencies, not just as a store of value, but as an instrument for everyday payments.

“I believe that in about four years there will be a big change when people start paying in cryptocurrency. It used to be the case that the Bitcoin block was too slow to make small transactions, so it was better as a store of value. But what is happening is that as time goes on, more technologies make it easier for us to use,” he said, referencing second-layer scaling solutions such as the Lightning Network and altcoins such as bitcoin cash.

“Fiat currency will eventually become as passé as trying to pay for coffee with pennies.”

But regardless of where the bitcoin price ends up, Draper says that he has no intention to sell his coins. That, he remarked, would be returning to the past.

“I have no interest in selling my Bitcoin. What would I sell it into anyway? Moving from crypto to fiat is like trading shells for gold. It is reverting to the past,” he concluded. “I’m thinking long term I’ll use it, spend it, invest it, or just keep it.”