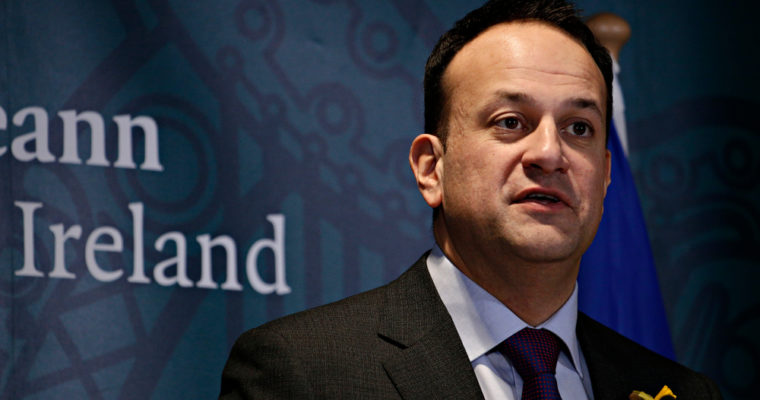 The leader of Ireland, Taoiseach Leo Varadkar, took to the stage at MoneyConf in Dublin this morning to announce that the government is gearing up to make Ireland’s capital the technological capital of Europe.

“I think there’s no better place to discuss issues like cybersecurity, blockchain, cryptocurrencies, AI, regulation, and future fintech than here in Ireland, he said, adding:

“Ireland is in some ways emblematic of the revolutionary changes that have taken place in the world of finance and technology. From being an inward-looking, insular place at the edge of Europe, Ireland is an increasingly multicultural, globalized a melting pot of nationalities which is proud to engage with the world.”

Ireland is indeed a booming tech hub with many major fintech and banking institutes housing operational or research and development in Ireland, including Stripe, Mastercard, JPMorgan, Bank of China, and many others.

The Taoiseach announced that the government would be opening 26 new embassies and consulates around the world to increase Ireland’s global footprint, including in Tokyo and Frankfurt.

He further announced that the budget to the IDA, Ireland’s state-run Industrial Development Authority, will be increased over the coming years in an effort to support technology innovation and attract software engineers among other professionals.

On Monday, the IDA announced the launch of Blockchain Ireland, a blockchain research and development initiative aimed at achieving breakthrough innovation in the blockchain space and attracting multinational foreign investment.

Ireland provides access to an EU market of 500 million people and a workforce of 250 million people, and Taoiseach Varadkar stated that this combined with Ireland’s pursuit of innovation are the factors in Ireland becoming a fintech hub.

He went on to state that breakthroughs are emerging in the field of blockchain and fintech in Ireland all the time, and that Ireland would continue to cater to fintech companies, not allowing any other country to “eat our lunch.” To continue making Ireland an attractive place for fintech corporations and blockchain R&D, Varadkar unveiled a census of the fintech sector and announced that the Irish Central Bank would launch an innovation hub and an industry engagement program.

“This will ensure that we keep pace with the evolving fintech and regulatory landscape,” he said.

This news shortly follows the announcement that the Irish government is providing $885,000 of funding to be made available for Irish start-ups conducting blockchain and deep tech research.