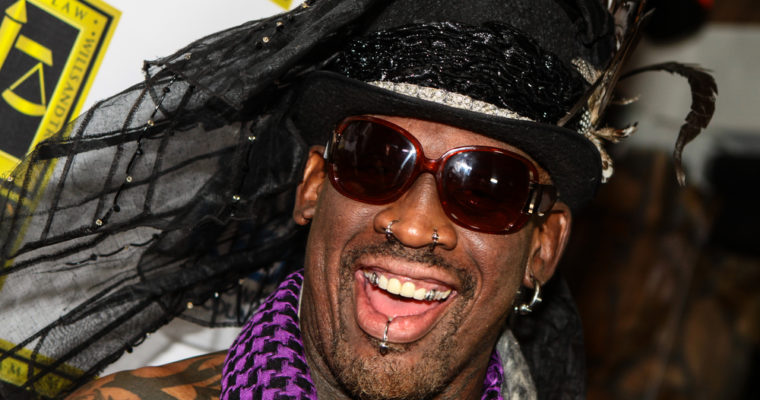 The historic summit between US president Donald Trump and North Korean Supreme Leader Kim Jong-un just on its own is a multifaceted historic event with plenty to keep the media busy. And yet, somehow we find ourselves with yet more angles to the events in Singapore, with former NBA star player Dennis Rodman doing the work of attaching another topic that is a favorite of the media, cryptocurrency.

Dennis Rodman was seen in Singapore sporting a MAGA hat, a red baseball cap with President Trump’s election campaign slogan “Make America Great Again”. Rodman is not at the summit in any official capacity, invited by neither the US nor the North Korean delegations. Instead, he came to provide “moral support”, and his presence was paid for and sponsored by Potcoin.

Potcoin is a token that seeks to assist the rapidly growing legal marijuana industry by providing payment and savings solutions. Potcoin originates in Canada, which has legalized recreational marijuana use on June 7th of this year, but Potcoin may find more application in the United States.

While marijuana use and sales have been legalized in many US states to varying degrees of medical or recreational use, it is still not legal on a federal level. Banks, which must comply with federal regulations, are not legally allowed to offer services to marijuana producers and retailers. Or at least, the logistics of banking the large amounts of profits seen in the marijuana industry in the US is complicated and risky. Potcoin is an approach to use blockchain technologies, which allow for storage of value without federal banking approval, and possibly a way for businesses to make sales without having to handle large amounts of cash that can be dangerous to hold onto.

Although Potcoin is a Canadian company, their interest in politics expands beyond Canadian borders, with founder Shawn Perez saying, “the PotCoin team as a community has been incredibly supportive of Rodman’s peace mission from the beginning.” Potcoin also sponsored Rodman’s June 2017 visit to North Korea as well, so this latest sponsored trip is part of an ongoing relationship with Dennis Rodman and his efforts to reach out to Supreme Leader Kim Jong-un. And, of course, Potcoin might hope to see a similar surge in their token price as they did last time they worked with Rodman in relation to North Korea. During the 2017 trip, Potcoin’s price jumped from roughly 9 cents USD to 16 cents.

It is unclear at the time of this writing if Rodman will have any impact on the proceedings at the Singapore summit, though his passion for his mission can’t be questioned, as he spoke through tears on CNN expressing his struggles and hopes to help assist negotiations between the United States and North Korea. Whatever the outcome, by bringing together the hot topics of Donald Trump, Kim Jong-un, marijuana legalization, and cryptocurrency, Rodman may have created the most emblematic image of mainstream news in 2018.