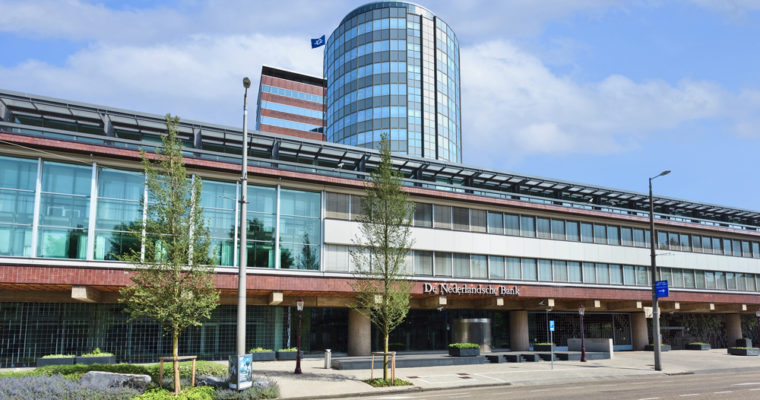 De Nederlandsche Bank (DNB), the central bank of the Netherlands, recently concluded after a three-year test that blockchain technology cannot currently meet the needs of a financial market infrastructure, the bank announced on its website. The report cites bitcoin technology’s inadequacies in the areas of capacity, its high energy consumption and insufficient certainty of transaction verification.

The DNB does consider the technology useful in improving resilience to external attacks, but at the expense of efficiency and capacity.

The DNB assessed four distributed ledger technology prototypes in its three-year project, named Dukaton. The goal was to establish an understanding of the technology and to determine the purposes for which the technology can improve securities traffic and payment.

The first prototype was based on bitcoin software with the bank’s own software. The platform was decentralized on five laptops. The parties validating the transactions were rewarded for creating new “Dukatons” and a transaction fee.

A second prototype involved creating Dukatons using a less energy consuming method. Dukatons were created based on a trusted issuing party, a method that is different from the creation of bitcoin. The party creating the Dukatons receives all the Dukatons while those validating the transactions receive a transaction fee.

In a third prototype, a central Dukaton was simulated with a self-built wallet without bitcoin software. This prototype stored cryptographic keys for security.

The third prototype served as the basis for the fourth one, which analyzed DLT’s usefulness for a financial market infrastructure. A website was established to display the Dukatons and the transactions on the distributed ledger. Various configurations were tested. Different algorithms were used to approve transactions following a consensus among different network nodes.

The blockchain solutions, by contrast, cannot handle large transaction volumes. In addition, the 100% certainty that a transaction cannot be reversed was never achieved.

Algorithms exist that are resistant to nefarious parties that can improve cyber resilience, but such algorithms fail to meet other requirements.

DNB also continues to find blockchain technology promising, and believes it is possible new algorithms could meet all requirements for financial market infrastructure. The bank continues to experiment with the technology.

Meanwhile, central banks in several countries have been experimenting with blockchain technology. The Bank of Japan and the European Central Bank recently released a report claiming DLT can create new securities settlement tools like cross chain atomic swaps across ledgers that are not connected.