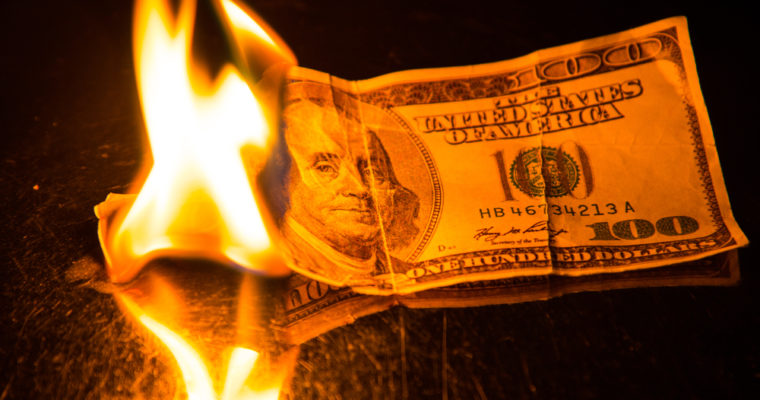 The CEO of Lazard, Kenneth M. Jacobs, said that the unilateral approach of the United States towards foreign policies and trades posses a threat to the sustenance of the US dollar as the premier global reserve currency. This is a status that the greenback has upheld since overthrowing the British pounds sterling in 1945.

For the purpose of international trades and transactions, central banks across the world hold in reserve certain selection currencies. This action, in accordance to the Bretton Woods accord of 1944 permits these national banks to issue their own local currencies to their citizens in the form of IOUs and repurchase them with such reserve currencies.

Pressure on the US Dollar

Recent years have seen the rise of a number of other currencies from the growing economies of the world. The euro and the yen have risen in acceptance and competed with the US dollar as several nations now hold such in reserve. Even more recently, the rise of China as the largest creditor and exporter in the world influenced the pronouncement of the Chinese Yuan as a global reserve currency by the International Monetary Fund (IMF) in 2015.

Even though the academic explanation for any nation’s currency to qualify as a reserve currency appears to be based on economic indices, other reasons such as international politics also play significant roles on this matter.

In 2017, the head of FX strategy at Saxo Bank, John Hardy identified three main geopolitical issues as sources of pressure on the US dollar that may affect its status as the world’s premier reserve currency. They include:

Last Thursday on Bloomberg, Jacobs noted that the amount of technology that exists in the world today with cryptocurrency further complicates the matter against the sustaining the reserve currency status of the US dollar in the future.

“To the extent that we have unilateral foreign policy and unilateral trade policy, we’re sort of tempting the world to find an alternative. Probably the greatest demonstration of soft power is the fact that the U.S. has the reserve currency of the world.”

Jacobs however noted that this may not be a case for the immediate future, but a development that should be kept in sight and within the realms of conscious imagination.

Still, “there’s enough technology out in the world today with cryptocurrency and changes going on that you can imagine, if you let your mind wander a little bit, that something becomes an alternative in the future,” he said.

Peradventure this comes to pass, it will surely represent a major disruption in the global monetary system as well as an international power redefinition. Hence, it is imminent that more attention be given to emerging technologies and cryptocurrency.