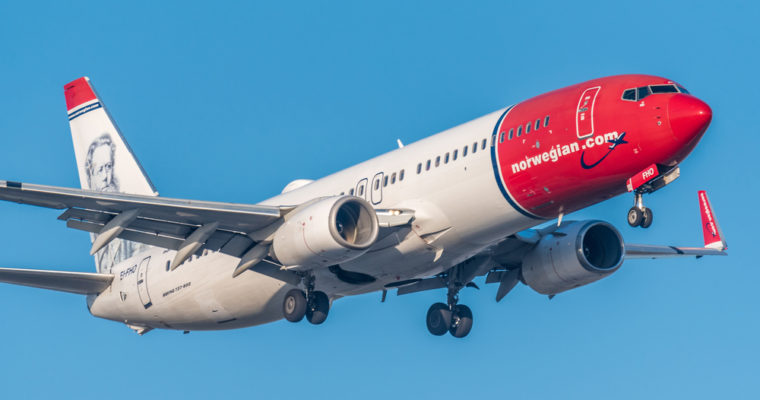 The company raised $250,000 in a first capital round and is owned by a company called Observatoriet Invest, although Stig Kjos-Mathisen, Kjos’ son-in-law and chairman of NBX, says Norwegian will be the main owner of the exchange in time.

“We’re look at things that are easy to scale. Among other things, having a crypto currency as payment option in the airline,” Kjos-Mathisen said yesterday. “We see that there is a need for a serious marketplace where you can buy and sell cryptocurrencies.”

NBX has ambitious plans with a goal of rivaling exchanges like GDAX and Kraken.

“One of the most important thing for us is to build an ecosystem around the solutions we develop. In particular, the ecosystem within the Norwegian group is important, but also ecosystems in the airline industry,” said Kjos-Mathisen.

Norway has not always been hospitable to cryptocurrencies, with small crypto exchange Bitmynt AS losing a lawsuit against Nordea Bank recently. That said, adoption and integration is on the rise — the nation’s largest bank has adopted bitcoin integration and the central bank even proposed a state-issued cryptocurrency as an alternative to cash.

Stig-Mathisen states that he is not concerned with regulation, saying that he met with financial regulators recently.

“It is not long since we met with the Financial supervisory authority. My impression is that they are positive about the technology and do not want to inhibit the adaptation, but they have a cautious approach.”

The relationship between a major airline and a related crypto exchange could be a very interesting one, with Stig-Mathisen citing KYC processes as being much smoother for existing Norwegian customers with registered passports on the system. By looking at both blockchain and cryptocurrency adoption for the airline in conjunction with a new cryptocurrency exchange, the wealthy Norwegian family could be about to make some big moves in the world of air travel business for crypto.