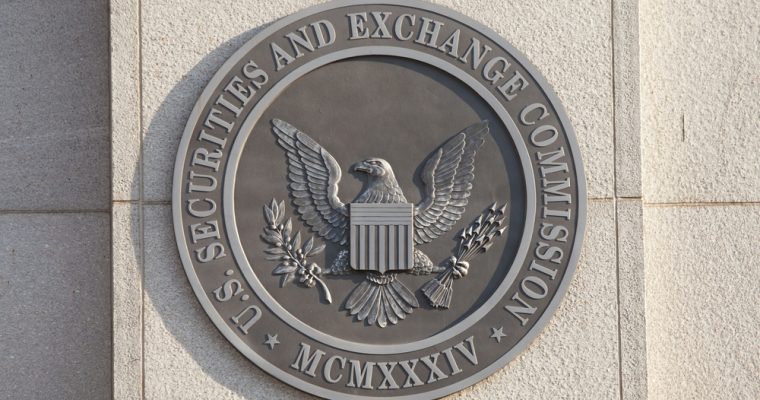 ICOs are securities, according to the SEC, but few are reporting themselves as such.

As CCN reported, the SEC announced this week that it isn’t planning to update its securities framework to accommodate ICOs, which behave much like securities in that they back funding towards a company like a stock or traditional IPO.

However, the SEC warned ICOs that they were skirting regulations as far back as early 2017, which stands out as a year full of ICOs. The number of fraudulent ICOs with exit schemes drew a lot of attention from regulators, who saw the ventures as the ‘Wild West’ outside of securities regulations that protected investors.

While many ICO-backed ventures took a wait-and-see approach for more solid SEC’s decisions, this announcement adds to their unchanged belief that ICOs are the same as traditional securities.

In an interview with CNBC, Brett Redfearn, SEC Director of division of trading and markets, stated:

“We’re underwhelmed by the enthusiasm for coming within the regulatory structure right now. There are a number of exchanges that are trading ICOs that I would think that we would see more registrations.”

This confirms again that the SEC’s stance hasn’t changed. As CCN reported, the SEC is stepping up enforcement of the laws this year, sending more Cease and Desist orders than ever before.  The prior warnings from the SEC have changed to more aggressive enforcement.

The SEC is also implicating exchanges that trade tokens and coins that did not self-report to the agency as part of their ICOs. One could argue, however, that these efforts to weed out scam ICOs are a key phase for legitimizing cryptocurrencies in the eyes of US regulators, as they are not pursuing outright bans.

The Litmus Test for ICOs

Refearn also discussed the way the agency determines whether an ICO is a security. They are using the “Howey Test,” a standard that came from a 1946 Supreme Court case (SEC v. W.J. Howey Co.). Refearn admitted, however, that tokens and coins aren’t easy to classify as “not all of them are obvious on its face exactly what it is.”

The SEC director closed with a mention about ripple (XRP) and ethereum (ETH). As the SEC reported on May 13, XRP’s backers have made efforts to classify the token as purely a means of exchange. He said that a decision on “at least one of those products forthcoming in the future.”  Other projects could soon follow with this argument in order to avoid lengthy securities laws.