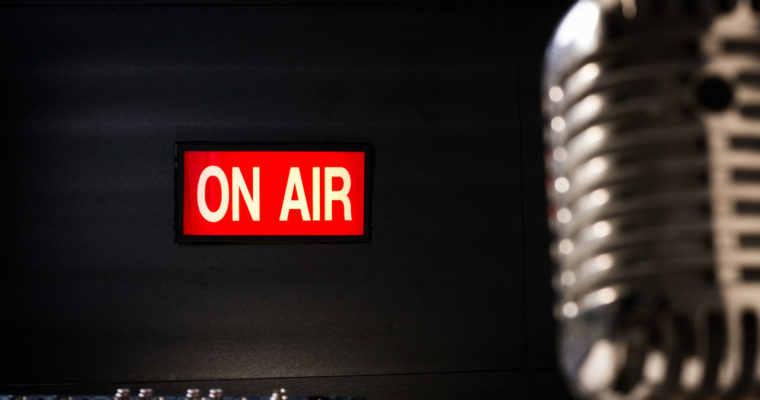 Cryptomania is a radio show that airs Saturday mornings in the Boston, Massachusetts, and southern New Hampshire area on the local FM channel 104.9.

The radio program is the brainchild of Dana McIntyre, founder of a startup called New England Blockchain LLC, which operates a network of bitcoin ATM locations across the Northeast United States.

The Crypto Show, which launched in 2014, has interviewed a long list of prominent industry leaders, including Roger Ver, Erik Voorhees, and John McAfee.

The Crypto Show airs on 89.1 FM TXLR in Austin, Texas, every Wednesday and Sunday night, and boasts an estimated audience of 20,000 listeners.

The Crypto Show proudly declares its gangsta mission statement as “crypto-anarchism,” saying it hopes “to inspire the smartest 1% to create open-source, distributed systems of resistance to render the state irrelevant through technology and encryption.”

While news of crypto-centric radio shows may come as a surprise to some, there has been a growing groundswell of similar podcasts and online radio programs during the past three years as bitcoin’s name recognition has soared amid skyrocketing media coverage.

Bitcoin Has Entered the Zeitgeist

There’s also a teeming universe of popular cryptocurrency podcasts, such as “Invest Like the Best,” hosted by Patrick O’Shaughnessy, a portfolio manager at O’Shaughnessy Asset Management, and “Unchained and Unconfirmed,” hosted by former Forbes senior editor Laura Shin.

All this underscores that despite the naysaying of skeptics like Nobel Prize-winning economist Robert Shiller, digital currencies are slowly but surely carving out a niche for themselves as the ecosystem gears up for mainstream adoption.

Other clues that cryptocurrency has entered the zeitgeist include the now-regular references to crypto on the hit Showtime TV series “Billions.”

Ledger featured again in the latest episode of @SHO_Billions Bobby Axelrod is confirming his interests in crypto for large payouts! And this time he did give the PIN code with the device. pic.twitter.com/M1Jq2FdrUI

Back in December 2013 — when few people had heard of bitcoin — rapper Snoop Dogg tweeted that his next album would be “available in bitcoin n delivered in a drone.”

Fast-forward to December 2017, when Snoop joined the ICO craze and deejayed a party to celebrate SparkleCoin’s $15 million ICO. In May 2018, Snoop performed at Ripple’s after-party during Blockchain Week in New York.

Who knew that Snoop — America’s most famous pothead — would be so ahead of the fintech curve?

My next record available in bitcoin n delivered in a drone.