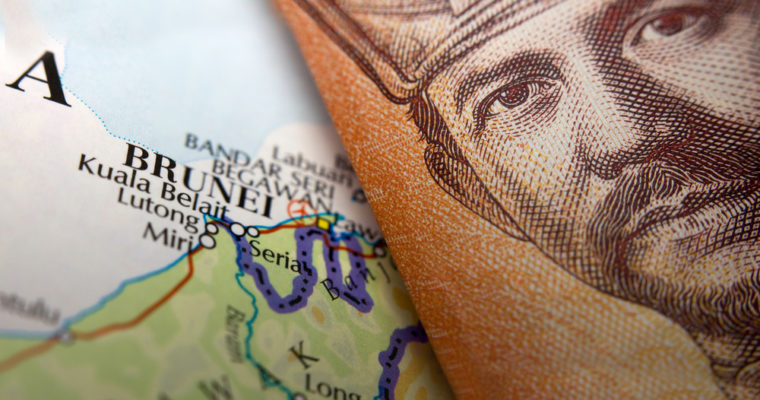 The world’s most valuable banknote is barely worth one bitcoin, according to a report published by Quartz. The banknote in question belongs to Brunei, one of the most centralized countries in the world, and has one of the richest men alive printed on it.

Sultan Hassanal Bolkiah, one of the last absolute monarchs, is notably one of the richest men on Earth, as reports suggest he is worth over $20 billion, thanks to the country’s vast oil and gas fields, which account for nearly all of its economy.

Brunei has less than half a million residents, and recently adopted strict Islamic sharia law, which drew criticism from various international rights groups. Back in December, when most cryptocurrencies were at an all-time high, the country’s central bank reportedly cautioned against cryptocurrencies.

The Brunei dollar’s value is legally par with the Singaporean dollar. Singapore itself had its own S$10,000, but reportedly discontinued it. High-denomination bills are being retired throughout the world, as these reportedly make it easier to conduct illicit activities such as terrorism financing, money laundering, and tax evasion.

Recently, Latvia got rid of its 500-lat note, worth about $982, after becoming the eurozone’s 13th member. The eurozone itself is phasing out its €500 bill over similar concerns. Brunei’s high-denomination bill remains as the country is seen as a low threat for money laundering and terrorism financing.

Switzerland, which recently called for a study on the potential risks and benefits of issuing a state cryptocurrency dubbed “e-franc,” has been resisting pressure to stop printing its 1,00-franc note, which currently accounts for more than 40% of its bills in circulation.

According to an International Monetary Fund (IMF) article, a briefcase with $100 bills would be 70% full, while a briefcase with Brunei’s largest note would only be 1.5% full. Being easy to transport makes these bills ideal for criminals, the article suggests. A similar argument, coupling said feature with bitcoin’s semi-anonymous nature, was also used against the cryptocurrency in the past.