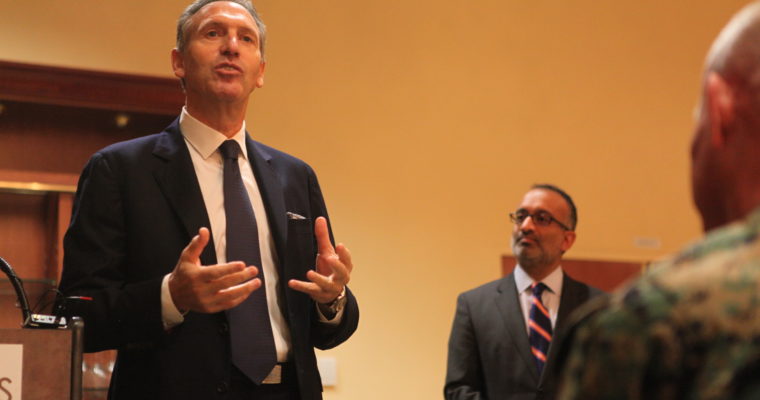 Howard Schultz, the anti-bitcoin, pro-digital currency executive chairman of Starbucks, recently confirmed his intention to leave his role at Starbucks and is said to be considering getting into politics, according to CNBC. Schultz has denied in the past that he is planning to run for president, but he has been active over the years in supporting political causes.

Schultz, a political progressive, said that he is concerned about increasing divisions in the United States and the country’s standing in the world. He told his employees he will consider his options, including public service and philanthropy.

Schultz in 2017 said his company would hire 10,000 refugees in a five-year period after Trump announced an executive order to block refugees from some Muslim majority nations. He told his employees the next month that Trump caused chaos for the U.S. economy.

He also criticized a Republican tax plan last year which Congress passed in December. At the DealBook Conference in November, he claimed Trump wanted to cut the corporate tax rate from 35% to 20%, the profit of which he said would not help small businesses or the half of the people in the country who don’t have $400 in the bank for a crisis.

Schultz gave $10,800 to Hillary Clinton’s joint fundraising committee with the Democratic Party in 2016. This year, he gave $1,250 to Washington Democratic Sen. Maria Cantwell’s campaign, and $5,000 to VoteVets, a progressive political organization.

Also read: Starbucks could serve up a blockhain payments app

Opposed To Bitcoin, But Not All Digital Currency

He also said Starbucks was not planning to introduce its own digital currency, as Burger King Russia and Kodak have done.

In February, Schultz said a proprietary digital technology could be integrated into Starbucks’ mobile app.

If rumors of his planned presidential run do prove to be true, the blockchain industry will have much to keep an eye on.

Featured Image from US Marine Corps