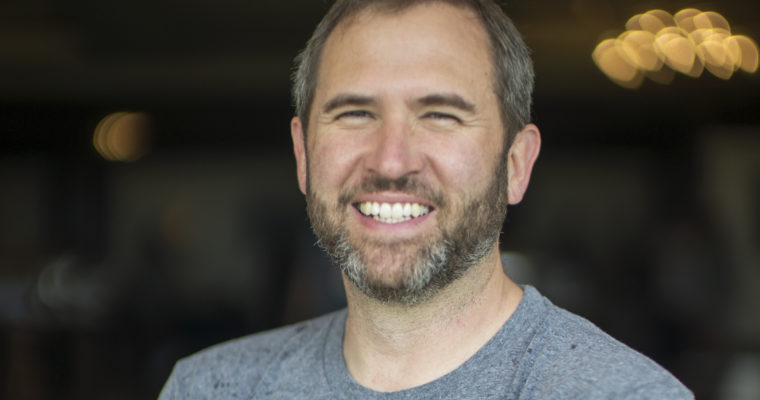 Brad Garlinghouse, CEO of Ripple, expects dozens of banks to be using XRP by the end of next year, given its speed of transaction and low cost. Garlinghouse was interviewed by CNBC at Money 20/20 Europe being held in Amsterdam.

Garlinghouse also commented on a lawsuit by someone who lost money trading XRP who claims Ripple violated U.S. securities laws. Garlinghouse said XRP is not a security.

By the end of the year, Garlinghouse said he expects major banks to use XRP as a liquidity tool. By the end of next year, he hopes to see dozens of banks using it. He said it is necessary to continue to grow the XRP ecosystem and liquidity.

Skeptical About Many Tokens

He noted there are a lot of ICOs for tokens that he doesn’t know what problem the tokens are solving. Hence, he is skeptical about the future of some ICOs.

Asked if he thinks XRP, the third largest token on the market by capitalization after bitcoin and Ethereum, can displace the two leading cryptocurrencies, he said he doesn’t view the different cryptocurrencies as being competitive.

“I think what we’re seeing is the overall growth of this space, and there are going to be many winners,” he said. He said he personally is long on bitcoin and Bitcoin Cash.

Ripple And Bitcoin Have Different Roles

Asked about bitcoin’s future as a currency, given that Jack Dorsey (CEO of Twitter and Square) said bitcoin will be a global currency in about 10 years, despite the fact that bitcoin has a high transaction time and is volatile, Garlinghouse said bitcoin will have a role, although it won’t be the panacea people once envisioned.

“Instead you’re seeing specialization of different kinds of ledgers,” he said. “The bitcoin blockchain is quite slow.” He said XRP is a thousand times faster than bitcoin and a thousand times cheaper on a per transaction basis.

“Comparatively you have bitcoin taking 45 minutes to hours to settle a transaction, and the cost can be three dollars to 30 dollars,” he said. “That might be cheaper to the alternative in today’s banking system, but it’s not really an Internet of value and a true step forward in how we can allow value to move when information moves today.”

The average transaction time on Tuesday for bitcoin was 42 minutes, according to Blockchain.info data, while Ripple’s was four seconds, according to the Ripple website.

Garlinghouse recently said the high correlations between bitcoin’s and XRP’s prices could end as investors begin to understand the siloed use cases for the respective currencies. He also said that he expects only 1% of the more than 1,500 digital currencies being traded today will exist in more than 10 years.

Garlinghouse also commented on a recent class-action lawsuit by someone who lost money trading XRP. The person, Ryan Coffey, claimed Ripple violated a securities law, according to CNBC, but Garlinghouse said XRP is not a security.

“Whether not XRP is a security is not going to be dictated by one lawsuit,” Garlinghouse said. “I think it’s very clear that XRP is not a security. It exists independently of Ripple the company.”

“Owning XRP doesn’t give you any ownership of Ripple equity,” he said.

Asked if regulation is a risk to his business, Garlinghouse said it is actually a benefit. Those who view blockchain as a way to attack regulation are wrong, he said.

“One of the reasons Ripple has enjoyed such momentum is we have been working with regulators,” he said.