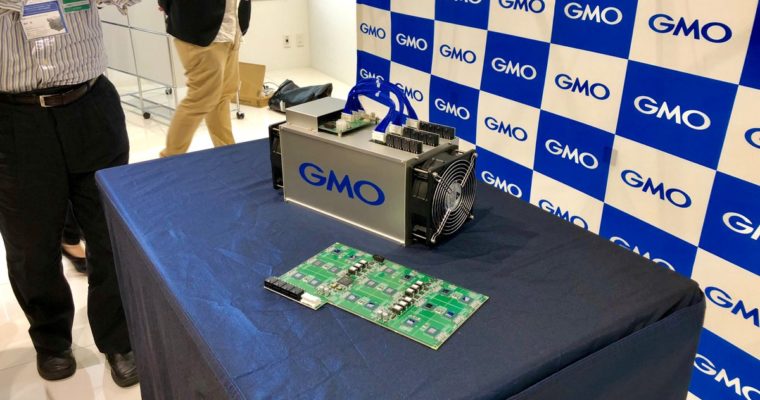 In addition to being the first bitcoin mining device developed in Japan, the B2 is also the first miner to use 7nm semiconductor chips, enabling it to achieve performance and efficiency gains over devices that are already on the market. Bitmain’s Antminer S9 uses a 16nm chip, while Halong Mining’s DragonMint T1 features a 10nm chip produced by Samsung.

GMO believes the release of this miner is the first step in supplanting Bitmain — which currently manufacturers an estimated 80 percent of all ASIC miners — as the dominant force in the industry.

“I respect Bitmain, but we will top them,” GMO CEO Masatoshi Kumagai reportedly said.

Bloomberg tech reporter Yuji Nakamura reports that, though developed in Japan, the B2’s 7nm chips were produced in Taiwan, most likely by TSMC, which also supplies China-based mining giant Bitmain with most of its chips.

The production of these devices will also help GMO build out its bitcoin mining operation, which the firm launched last year. According to data released Tuesday, the company mined 472 BTC and 37 BCH in May. The firm now has a total hashrate of 299PH/s, up from 22PH/s in Dec. 2017. The company has stated that it hopes to achieve 3,000PH/s by the end of the year, representing a more than 900 percent increase from current levels.

As CCN reported, GMO also recently developed an app called “CryptoChips by GMO” that distributes bitcoin rewards to mobile gamers based on their rankings within participating games.