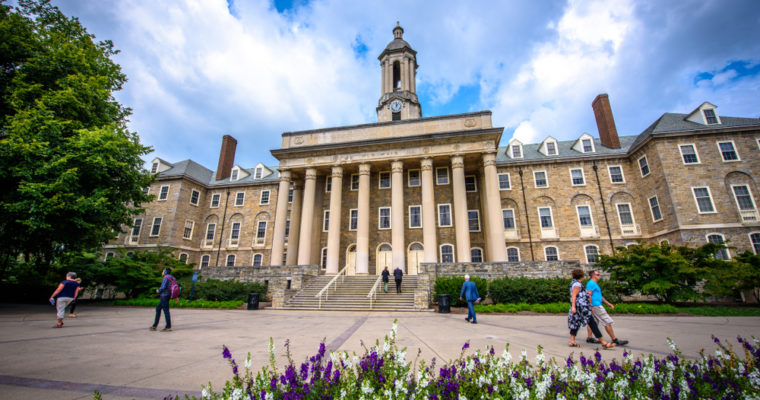 Cryptocurrency startup Ripple, the blockchain-based payment network, is donating $50 million to 17 universities around the world to bolster the adoption of blockchain, the technology underpinning bitcoin.

Ripple announced the partnership, called the University Blockchain Research Initiative, on its website June 4. The company said its donations will be made in U.S. dollars, not cryptocurrency.

“We’re excited to announce the University Blockchain Research Initiative (UBRI), a collaboration with top universities around the world to support and accelerate academic research, technical development, and innovation in blockchain, cryptocurrency, and digital payments,” the San Francisco-based company said.

Ripple said interest in blockchain is skyrocketing as people are starting to discover the game-changing potential of distributed ledger technology.

“From new business-use cases — such as making cross-border payments faster, lower cost and more transparent — to uses of blockchain for good, students and faculty globally are emerging as major contributors to the creation of a more robust and valuable blockchain and payments ecosystem,” the company said.

Here’s the complete list of the 17 universities that Ripple is investing in:

Ripple is showing the world how confident it is in the future of blockchain by putting its money where its mouth is. In April 2018, the company invested $25 million of its XRP cryptocurrency into Blockchain Capital Parallel IV, a $150 million fund that will invest in blockchain ventures, as CCN has reported.

Ripple has also used its burgeoning crypto wealth for good social causes. Two weeks ago, Ripple partnered with actor Ashton Kutcher to donate $4 million in XRP to the Ellen DeGeneres Wildlife Fund, which aids endangered species. Kutcher, an investor in Ripple, is a longtime bitcoin bull.

Even avowed cryptocurrency skeptics have conceded that blockchain could transform healthcare, banking, supply-chain management, and the entertainment industry. That’s why even Old Money like the Rockefeller family is investing in blockchain startups.

And many of the top business schools in the world, including Wharton and Stanford, have expanded their MBA course offerings to include classes on bitcoin and blockchain. “We’re at the point where there’s a critical mass to teach this domain,” said Kevin Werbach, a professor at the Wharton School.

John Jacobs, a former Nasdaq executive who’s now the director of Georgetown Business School, said he “constantly” gets calls from recruiters asking, “We need people to understand how to apply blockchain technology.”