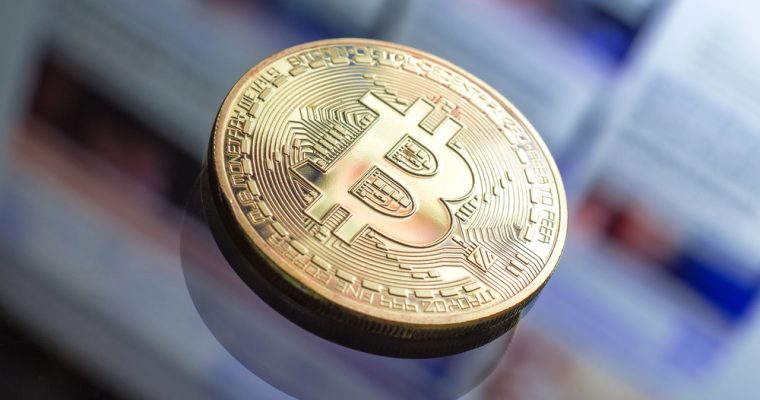 On my last piece I defended the idea that the market will experience a bubble due to the fact people over-hype projects and don’t truly understand the relationship between money and technology. I’m including myself in this group, as a majority of those who ever bought a cryptocurrency but Bitcoin or Ethereum, do not really understand how and if a technology will actually get adopted.

The purpose of cryptocurrency is one and only: to decentralize via economic incentives (rewards and punishments). A blockchain without economic incentives is just a really slow and expensive database. There are two main misconceptions, in my view, about why a company should use blockchain technology. The first is that some really smart folk believe blockchain only makes sense in a few, very specific, situations as is the case of money; the second is that blockchain and bitcoin are not the same, meaning this technology can be used without a cryptocurrency.

Both opinions ignore a simple fact, which is the reason why this technology was created in the first place.

–this article shouldn’t be taken as financial advisement as it represents my personal opinion and views. I have savings invested in cryptocurrency so take whatever I write with a grain of salt. Do not invest what you cannot afford to lose and always read as much as possible about a project before investing. Never forget: with great power, comes great responsibility. Being your own bank means you’re always responsible for your own money–

Let’s start from the beginning. Cryptocurrency was created to decentralize how we transact and interact, completely privately, permissionless and P2P. If the ultimate goal is to balance power structures, there are two separate categories on which blockchain technology could be applied.

The first is infrastructure, as in order for a cryptocurrency to be decentralized it needs to have no single point of failure. And to have no single point of failure, no single machine, node, organization or person can own more than 51% of the entire network (or hashing power, as the bitcoin blockchain always takes the longest chain, which is calculated based on the amount of hashing done).

The second category we need to pay attention to, as I’ve mentioned a couple of times in the past, is Governance. This translates into the ability of users making decisions in the network. Do they need permission? Does everybody get a say? Who has more voting power?

It does not matter how decentralized is your infrastructure if all the decision-making process is owned by a very small group of people.

To truly having a decentralized business you need both a decentralized infrastructure and decentralized decision-making. Every user of the network becomes the owner of the network too. A great example is Bitcoin, although PoW is not the most effective all-inclusive method for the distribution of network power. Nevertheless, Bitcoin is the most decentralized working protocol that was ever created. Some ideas like IOTA’s DAG or EOS / Cardano DPoS could potentially be better for a more fair distribution of money, but as they’re still under construction and not fully live, I’m focusing only on Bitcoin.

Ethereum, on the other hand, still depends greatly on the founding members (especially Vitalik, the founder). It’s not a bad thing, but we can’t really say it’s that decentralized in terms of overall decision-making.

It’s still important to understand that power is measured in tokens. If a founder sells/burns most of his/hers tokens, it means actual governance could be fully decentralized, as by relinquishing tokens founders also step down from being the network “owners” (or most influential address).

A quite interesting metric to better analyse how centralized/decentralized is the network, is the Blockchain Gini Index, as it translates into money (power) redistribution and who owns what.

Could Bitcoin, or the entire cryptocurrencies market, help shifting the current state where the wealth of the richest 1% equals to other 99% ?

I guess that wasn’t so unexpected.

We can clearly see there’s a long road ahead as too few addresses (and unique clients) still own too much bitcoin, even though both infrastructure and governance are decentralized.

Obviously this also makes sense as early adopters, people who made this technology possible by buying and supporting Bitcoin years ago, should be better rewarded for their risk. Nevertheless, those guys will have to find a way to spend it, otherwise having bitcoin is pointless; so hopefully we will see more Bitcoin changing addresses and the balance of power slowly shifting, as time goes by.

There are often other factors that need to be taken into account, like some high stake addresses being unused for years or lots of funds being lost in oblivion, forever.

You should read the full article as it’s a great tool to better understand how decentralized some cryptocurrencies truly aren’t. Plus in the comments section there’s quite a healthy discussion between Vitalik and the author, Coinbase’s CTO Balaji.

To me this could be a double edged sword. From a philosophical standpoint, although I’m not bringing schools of thought into discussion, it’s key to understand what decentralization means to us.

Sure, it can help bringing power to the people, but at what cost?

Is it easy enough to understand? What about its benefits? Are there any? Do people really want to make the effort to change from centralized institutions to P2P systems?

The order is my own; some people have it the other way around. The important point is that no matter where you stand, ultimately, you’ll always consider how does change benefits you personally.

From a technological point of view it’s fairly straightforward to understand why we need more P2P systems. Just open about any video from Andreas Antonopolous and you’ll clearly see a reason, among many, to why we so desperately need decentralization. From a sociological viewpoint, however, do the benefits really surpass the problems?

Meaning, if you live a developed country, why would you ever need to use cryptocurrency? It’s a hassle to understand, prone to errors, you have to keep track of your financial history, keys, accounts and, worse, if you lose anything there’s no going back.

Is this system really useful?

I understand we get to not depend on banks and everything, but isn’t the cost too great?

Changing from fiat to cryptocurrency means we’ll have to think with our own heads, be responsible for our own decisions, assets and life in general. There’s no reset button, at least for the time being; are our societies, and most people in general, ready to live with that kind of responsibility?

If we only use bitcoin and other cryptocurrencies as speculative assets, that’s what they’ll ever be.

The internet was supposed to be a place where people could be free as in, transact freely, say whatever they wanted, have their own voices and opinions even if that hurted your poor little feelings.

We couldn’t stop it from happening, much as we won’t be able to stop criminals and bad people from using bitcoin.

The only thing we managed to achieve was to put a nice and beautiful interface over it called google (previously altavista, netscape, etc), to block us from seeing such horrors.

There are other options of course.

There will always be bad actors and people whose interests rely on doing illegal things. What about the other side of the coin?#nopunintended

People with no access to a financial institution, unable to participate in the world or local economies. Anyone who lives under a strict dictatorship where free speech is not an option. Each and every one who inhabits countries which currencies heavily fluctuate, due to governments and central banks misbehavior or just blunt corruption.

We can have the exact same approach on the topic of cryptocurrency, as we did with the internet, and start creating many private blockchain-based projects.

Better yet, we can carefully craft regulation to protect investors’ interests. Block people from entering the markets because they lack either the “financial knowledge” or required capital to participate.

We could even add more check-boxes!

See, I’m obviously exaggerating. It’s ok to create private blockchain-based projects, to regulate the markets or to even require some form of registration to participate.

That’s the reason cryptocurrency was invented in the first place: to allow anyone to participate by doing whatever they wanted.

If you respect the rules of the protocol you can participate.

You don’t like them? Cool, fork it away. Or leave the network and join another, who cares?

We’re supposed to actually have a choice, remember?

Yes, it is indeed scary to be responsible for all our money and digital assets. What if I lose them? What if something bad happens? God forbid, what if I get hacked? Or Scammed?!

Please let me comfort you: something bad will eventually happen.

Not all of them, hopefully, but one or some. I’ve been scammed, hacked and learned from it. As you will. I’ve made really bad decisions like not backing up my data and files for a long period of time.

Do you know what the funny thing was?

Actions have consequences, especially in a digital world.

It’s not easy to actually regain control of what’s ours, especially privacy and data wise. Why taking the more difficult road of regulating every single aspect of our lives, instead of simply allowing companies to pay for that privilege?

Cryptocurrencies will enable a world where we actually get paid for our attention, behavior or time.  It won’t be just about having a job anymore. If you get a digital asset which can be very easily exchanged, for participating in a given network, why wouldn’t you do it?

What else is more important than having money?

If we can accept that with benefits also come costs, then we can balance out what’s more important to our well-being: a perceived sense of security where a third party owns and maintains our assets? Or a system where we are responsible for maintaining security and are rewarded for doing it?

How do we get there?

Personally, I don’t think we need massive billion dollar projects to increase “awareness and acceptance”. What we could really use are good ideas, which actually make sense of how the blockchain could be used for governance (and not only infrastructure) and start distributing benefits among all community members. I know there’s Steemit, Bitclave, Neo, Binance, Coss, Kucoin and many other cryptocurrencies that already do that.

But we need more.

We need smaller cap projects with people focused in product development. We need amazing design and easy-to-use interfaces to improve usability of each and every platform. We need people who understand economic incentives and game theory to tokenize businesses everywhere. We need professionals from different areas who truly believe and understand how cryptocurrency could be applied to the everyday life.

We need to spread the magic of cryptocurrency, not only because project X or Y took us to the moon, but because of what the underlying technology and business could potentially do for the world.

Forget the blockchain, that’s just a slow and expensive database.

The beautiful thing is Bitcoin and all the other gems that will come! The ultimate reason why we need cryptocurrency is because the more people we incorporate into the global economy, the more said economy will grow.

The reason why we need Cryptocurrency is simple.