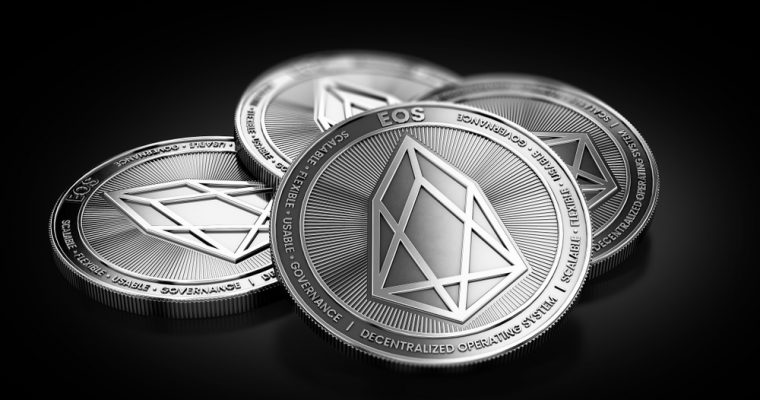 The year-long EOS initial coin offering (ICO) wrapped up last week, and after raising approximately $4 billion Block.one fulfilled its promise to release EOSIO 1.0, the first (and Block.one’s only) version of the EOS mainnet software.

Since Block.one will not be participating in the mainnet launch, a variety of other launch groups have taken blockchain snapshots in preparation for distributing EOS tokens purchased during the crowdsale phase to their owners in the network’s Genesis block.

Using these snapshots, a Reddit user compiled data about wealth distribution within the nascent EOS ecosystem. We’ll dive into the data, but first, an important caveat.

Due to the complexity of registering tokens through the crowdsale interface, many EOS investors chose to move their tokens to cryptocurrency exchanges prior to the snapshot to ensure that they received coins on the new chain. Consequently, many of the largest addresses belong to exchanges, most likely to an even greater extent than most other cryptocurrencies. Additionally, individuals may have registered tokens to multiple addresses.

With that important qualification, here’s how wealth will be distributed among addresses (but not necessarily users) when a mainnet launches:

The network will launch with 163,930 registered EOS addresses, all of which will hold a positive balance. For comparison, there are currently more than 22 million bitcoin addresses with a positive balance, according to BitcoinPrivacy.

At least 100 million tokens ($1.4 billion) are held by Block.one, constituting 10 percent of the cryptocurrency’s total supply. The company said that it would not contribute to the ICO (as this would essentially allow it to acquire free tokens, minus the gas fee) and committed to undergoing an independent audit to back up this claim. It is not clear when this audit will be released.

Why is this data significant? Well, for one thing, Block.one justified the length of its yearlong ICO by stating that it would be the “fairest token distribution project launched on Ethereum to date.”

“To ensure inclusivity, EOS are not sold for a fixed price, but sold at a price determined by market demand; this mimics mining, but does not offer unfair advantages to large purchasers,” Block.one CEO Brendan Blumer said at the time.

A clearer picture of wealth distribution in the EOS network will emerge in the weeks following a stable mainnet launch, as users begin to withdraw their tokens from custodial wallets and hold them in wallets to which they control the private keys.

Consequently, it’s perhaps too early to draw any meaningful conclusions from this data. If nothing else, however, it does perhaps indicate that, regardless of how equitable a particular token generation model may be, wealth distribution will inevitably prove to be quite uneven. Whether this trend is a problem, though, remains a matter for future debate.