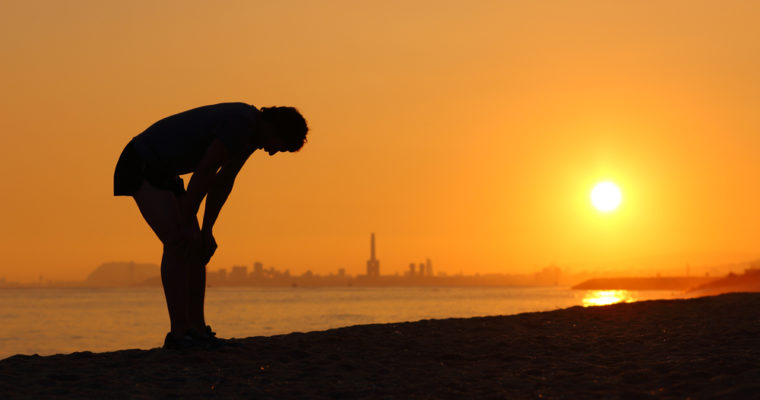 The bitcoin price has failed to secure momentum above the $7,700 mark, struggling to break above the one-month descending trendline since May 3. If the upward movement of bitcoin fades and the dominant cryptocurrency is unable to bounce back quickly to the higher end of $7,700, a bleed out to the $6,000 region can be expected.

The corrective rally from $7,040 to $7,700 sparked significant optimism, especially amongst short-term bulls that have predicted the price of bitcoin would rebound back to the $10,000 region within June. While the $10,000 June target is still in play, another correction in the upcoming days will likely occur, given that the corrective rally from $7,040 has stopped at $7,700 and BTC has declined to $7,600.

A short-term break out to the $8,000 region supported by the corrective rally from $7,040 was conditional, as it required the volume of BTC to spike and the cryptocurrency to sustain momentum at its weekly peak, in the $7,700 region.

However, due to its low trading volume, BTC has failed to test a major short-term support level at $8,000 and fell to $7,600. A drop to $7,500 could result in BTC experiencing yet another minor correction, potentially to the higher end of $6,000.

While the Relative Strength Index (RSI) of BTC is 43.3, it is not demonstrating an oversold condition for BTC. A further drop in BTC would not lead the RSI to drop by large margins and thus, a short-term turn around back to the $7,700 mark if BTC falls to $7,500 is unlikely.

The daily candle on June 4 was supposed to be the big short-term break for BTC, rising above the one-month descending trendline from May 6 and effectively establishing a bottom at $7,040. But, the recent decline in the price of BTC will likely send BTC back to the lower end of $7,000 or in worst case scenario, to the $6,000 region.

Despite the negative price trend of BTC, most multi-billion dollar hedge funds are still extremely optimistic in BTC and the entire cryptocurrency market.

The expected decline in the price of BTC is a 5 to 10 percent drop maximum, which could extend to 15 percent at its worst. But, as Pantera Capital CEO Dan Morehead stated, which oversees more than a billion dollars in cryptocurrencies and digital assets, hedge funds look at the 5 to 10-year trend of the market.

In the mid to long-term, Morehead stated that bitcoin is still a screaming buy, adding:

“As digital tokens continue to multiply and gain wider use, the $400 billion crypto market could balloon to $4 trillion, and even $40 trillion is definitely possible. It’s the 10-year forecast.”

If BTC recovers gradually from the $6,000 to $7,000 region and establish major support levels with strong and volume in the upcoming months, the $20,000 to $50,000 BTC targets of large-scale investors can still be in play.

Often, tokens enjoy a surge in volume and price when the price of BTC is increasing gradually and volume of the cryptocurrency market picks up. If BTC enters the $7,500 region, it is likely that tokens will experience a substantial drop in value, once again.