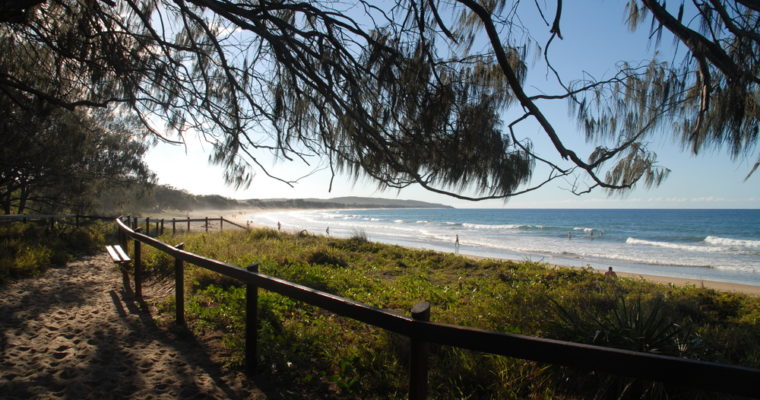 Over 30 local businesses including accommodation providers, tour operators, restaurants and even the local pub in Agnes Water are now accepting cryptocurrencies, despite being a town of a mere 2,000 permanent residents. ‘Welcome to Agnes Water-1770, Australia’s First Digital Currency Town’ reads a billboard in welcoming visitors driving in, with support for cryptocurrencies including bitcoin, bitcoin cash, NEM, litecoin and ethereum.

The beach town’s initiative to embrace cryptocurrency payments stems from local real estate agent Gordon Christian who began looking into accepting cryptocurrencies after a client, a local business owner, explored how to go about processing a bitcoin payment from a customer. Soon enough, Christian’s interest was piqued further when he learned that Brisbane International Airport, a five-hour drive from Agnes Water, had begun accepting cryptocurrencies at a number of retail storefronts.

Selling the idea to local businesses wasn’t hard, he revealed. “We started from the ground up, shared it with a couple of businesses and they were straight on board … I guess they were international travellers themselves and had heard of these types of payments,” he told ABC News. “Initially we had a good 10 businesses that just said, ‘Fine — let’s go for it’.”

“If it’s going to take cryptocurrency to get tourists to town, then bring it on.”

“We’ve got merchants all over Australia but they’re very sporadic,” TravelbyBit CEO Caleb Yeoh said. “[Agnes Water and] the Town of 1770 has the highest concentration.”

While it’s early days, Australia’s first ‘digital currency town’ could soon lure a nice group of international tourists to Agnes Water rather than mainstream destinations, according to the crypto executive.

“The town has made a very strategic move in trying to appeal to a niche market to take perhaps some of those tourists … to come out to their little part of the woods,” he said.

“If you travel around the world you have to deal with multiple currencies, the exchange rate can be confusing, sometimes you struggle to find ATMs, and sometimes you get swindled by money changers. Travelling with one global currency like Bitcoin … makes sense.””