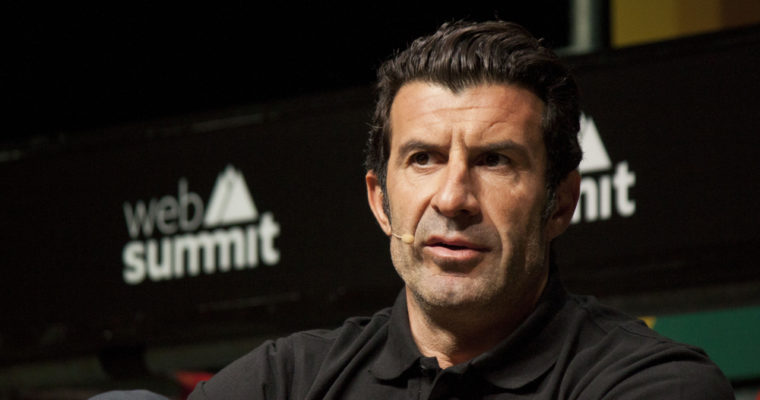 As CCN covered earlier this year, legendary Portuguese football star Luís Figo has recently signed to serve as a brand ambassador for Stryking Entertainment, making him one of the latest celebrities to promote an initial coin offering (ICO).

Luís Figo, winner of both the 200 Ballon d’Or and the 2001 FIFA World Player of the Year awards, stated at the time that he immediately liked Stryking Entertainment’s platform, Football-Stars, which seeks to tokenize fantasy sports.

The company plans to use Figo’s help to distribute its STRYKZ token through an ICO. CCN managed to sit down and chat with Stryking Entertainment and Luís Figo. While we only had a few minutes to chat, we got some interesting perspectives.

During our interview, Figo revealed he has always loved the business world, and that he kept on running his own business after retiring as a professional footballer. When asked when he first found out about cryptocurrencies, he noted he wasn’t an expert, although he acknowledged the industry, and businesses within it, are “very new.”

His role with Stryking, he added, is more about creating a community rather than worrying about cryptocurrencies., although these are connected to the project, he said. As a follow-up, we had to ask whether he owned any cryptocurrencies himself.

“No. Not yet. I’m still traditional in that area, but it’s something that’s booming now and of course you have to be informed and on top of that.”

The US Securities and Exchange Commission (SEC) charged the founders of Centra Tech – whose token sale was promoted by Floyd Mayweather on social media – with fraud. These endorsements saw the regulator issued a bulletin stating these celebrity ICO endorsements may in some cases be illegal.

When asked about this bulletin, Stryking’s co-founder and CMO, Christian Szymansky, present during the interview, took over the question and noted that with Luís Figo and his organization things are different, as the star is directly connected to the product and is focusing on growing its community – not just promoting the ICO.

Stryking itself, as noted by Szymanski, already has an existing fantasy football platform and has partnered with two large organizations in Germany. It’s set to open up the platform, so it isn’t centrally controlled by the company. Users will be able to publish their own content and share information in an unprecedented way in the football industru, while also developing features they believe are necessary.

Stryking’s tokens are set to be used to unlock special content and specific features. As for its effects on the industry, Figo didn’t seem to be too bullish, as this is a “fantasy game” for those who love the sport but don’t have the chance of being “a real coach, or a president of a club.”

It will, however, bring fans closer to the sport, he said. While he isn’t sure cryptocurrencies and blockchain technology will be part of the future, Figo added that Stryking’s tokens aren’t being created to help users get rich, but to provide real entertainment.

The football star elaborated on Stryking. He said:

“Our goal is to make a big community, so the platform can get more interesting. We want to bring in fans so they can contribute to the development and with new ideas, to make it much more interesting. When it’s interesting, people can enjoy it more and be happy.”

Unfortunately, this marked the end of our time with Luís Figo. As for Stryking, its STRYKZ token sale is set to be held in collaboration with the Gibraltar Blockchain Exchange (GBX).