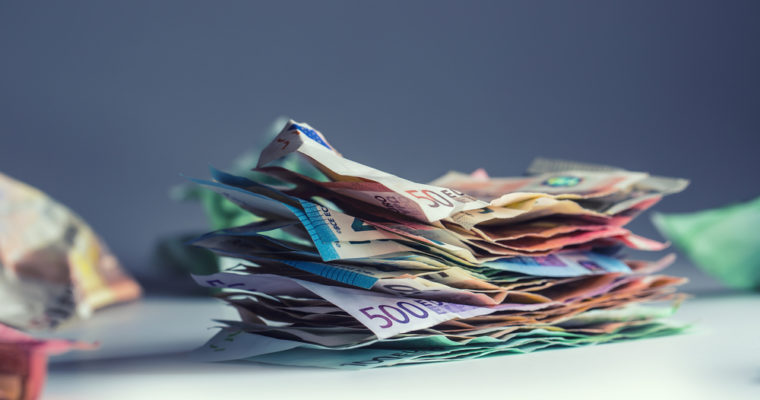 Following criticism from the European Central Bank (ECB), Estonia’s ambitious plans to launch its “Estcoin” have been indefinitely scaled down.

Previously in August 2017, Estonian officials announced their plans to issue a state-backed cryptocurrency, called Estcoin, and offer the world’s first state-backed ICO. The country’s ingenious plan to implement digital assets in their economic framework proposed a “stablecoin”-like cryptocurrency, with each unit of the Estcoin pegged to the euro.

While the move was immensely forward-thinking, Estonian authorities seemed to have lost track of their Eurozone status – which subjects them to mandatory ECB rules on monetary policies. Invariably, the announcement attracted heavy criticism from ECB President, Mario Draghi, and other banking authorities.

But, on June 1, 2018, a report by Bloomberg stated that the country has dropped all plans to proceed with the ICO or will at least scale down their vision of the digital token.

Alongside Sweden and Norway, Estonia has been regarded as one of the most technologically advanced countries. The announcement of Estcoin in 2017 proved this point further.

However, an unimpressed Draghi has openly criticized the digital token proposal, stating that the euro “can be the only currency” for the country. He thoughts were echoed at the time by ECB governor Ardo Hansson, who expressed his disappointment over “misleading government reports” pertaining to Estcoin.

Notably, it was not until 2011 that Estonia adopted the euro, and was inducted into the Eurozone administration.

E-Residency Program the Only Use-case

Siim Sikkut, who heads the country’s IT strategy, confirmed to local news agencies in Tallinn about the move. He added that Estcoin shall be used only as an incentive for e-residents – foreigners who move to the country to set up companies and remotely sign administrative documents.

“We agreed in discussions with politicians that Estcoin will proceed as a means for transactions inside the e-resident community. Other options aren’t on the table. We’re not building a new currency.”

Kaspar Korjus, who authored Estcoin’s white paper, repeated Sikkut’s thoughts, and said that while “community Estcoin” is still being evaluated for potential benefits, the digital token “would definitely not be a national cryptocurrency.”

Estcoin may find limited success in Estonia’s e-residency program. Reportedly, over 35,000 foreigners have been issued with digital identity cards, with the majority populace from Russia, Finland, and Ukraine.