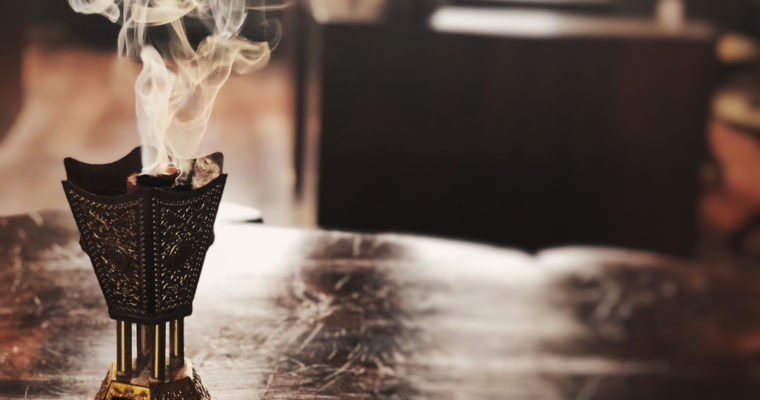 Matt Liston is starting his own religion — and he’s putting it on the blockchain.

Liston has had a turbulent past in the crypto eco-system, suing the company he claims he helped found for $152 million.

Augur created a market prediction tool and raised $5 million in a 2015 ICO in which 8.8 million REP tokens were sold at $0.60 each. REP would eventually trade as high as $100 at one point before correcting to the current value of $37.50.

Liston was demonstrably involved in the early stages of the company and left or was forced out over disagreements regarding the technological and commercial goals of Augur. With the case ongoing, Liston has a very different project in mind: the blockchain religion he calls 0xΩ.

As Forbes reports, donations and community consensus will all be carried out through blockchain consensus and smart contracts executed on the Ethereum platform.

“It’s a religious framework that could allow for belief sets to update much more quickly and also to democratize the relationship between membership and convergence on what everyone believes in this religion,” said Liston.

Last week Liston got things started at a launch party/religious ceremony as part of a larger exhibition hosted by the Rhizome arts group at the New Museum in New York.

The ceremony involved marking hyperinflated currencies of the past such as the Reichsmark of the Weimar Republic with public and private Ethereum keys — Liston also unveiled a “totem” aimed at being the first sacred object of the religion.

The crypto-guru handed out 40 copies of what he calls a “flame paper,” his take on a traditional white paper, outlining how the religious governance model of 0xΩ will be carried out. The first step is modeled on the method stockbrokers might use a proxy vote to update by-laws in an organization, allowing believers to identify, approve, and evolve sacred texts via a smart contract.

Unsurprisingly, the sacred texts of Liston’s new religion will be derived from the flame paper itself.

“The idea is you can take an existing religion, say Judaism, and you could place the scripture in a blockchain,” said Liston.

The congregation of the blockchain cult will be able to appoint leaders and fund projects that fulfill the religion’s mission, and the faithful can also fund religious artwork and commission the construction of religious temples without going through a middleman, using the smart contract system which allows two parties to enter a contractual agreement which is executed on the blockchain without a middleman.

Religion is a multi-billion dollar industry with religious donations in the US alone reaching $122.94 billion in 2016, according to a Giving USA report. Liston claims he will himself be donating, not personally receiving funds from church-goers and supporters.

Artist Avery Singer unveiled a “Dogewhal” statuette at the ceremony, pointing out that works like this could be commissioned by religion members and paid for collectively through a distributed autonomous organization. As well as the physical incarnation, the Dogewhale and was also modeled in an animation shown in the video below:

Singer, who refers to Liston as a “Cryptsiah” and a “Cryptophet”,  says she was drawn to the religion because of its decentralized nature needing no overall leader.

“In this religion, the people participating and involved could essentially vote and continuously change the structure and nature of it” says Singer.

The idea of “democratizing religion” has emerged with other projects before with Jesus Coin stating the goal of “decentralizing Jesus.”

Liston perhaps aims to take things a step further, and take the reins of a new religion altogether – whether the religion will be truly decentralized or will feature Liston at the helm as the overall leader remains to be seen, and it’s possible that much like Pastafarianism/The Church of the Flying Spaghetti Monster, 0xΩ will gain more publicity over the coming weeks and months as the online community gets involved with one of the most unusual uses of blockchain technology to date.