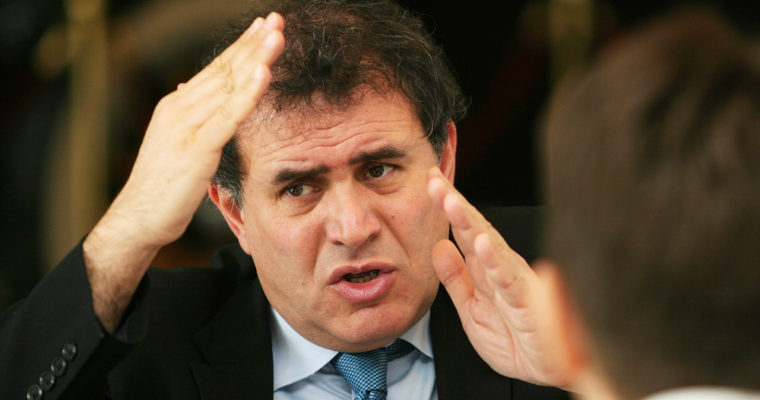 New York University (NYU) professor Nouriel Roubini is famous for his bearish economic prognostications, but in the cryptocurrency community “Dr. Doom” is better known for his utter disdain for all things blockchain — and the colorful manner in which he elucidates this distaste.

In this latest episode, Roubini turned his attention to smart contracts, which predate the advent of cryptocurrency but are best known for their association with Ethereum and other blockchain projects.

“‘Smart Contracts’ are neither smart nor contracts: they are extremely buggy -100 bugs per 1000 lines of code – & they are not contracts as no court can enforce them,” he wrote. “The only courts in crypto land are the crypto developers’ kangaroo courts who randomly decide when to fork or not.”

“Smart Contracts” are neither smart nor contracts: they are extremely buggy -100 bugs per 1000 lines of code – & they are not contracts as no court can enforce them. The only courts in crypto land are the crypto developers’ kangaroo courts who randomly decide when to fork or not https://t.co/ZS48y5ZQMu

Roubini was indirectly replying to a suggestion from Ran Neu-Ner — CNBC Africa’s resident cryptocurrency bull — that Ethereum’s support for smart contracts will propel the platform to mass adoption, which he defined as 100 million users.

Roubini’s assertion that smart contracts have 100 bugs per 1,000 lines of code is perhaps a bit hyperbolic, but it’s no secret that the immutability of these programs has led to high-profile — and expensive — code faults. Litecoin creator Charlie Lee even suggested at one point that Solidity, the programming language for ethereum smart contracts, is a “hacker paradise” due to its complexity.

“The dirty secret of smart contracts is that they’re of very limited usefulness and extremely hard to secure. More limitation is required here, not more ways to screw up. The hype and the engineering reality are extremely divergent,” Song said.

In any case, Roubini has long been bearish on the asset class writ-large, especially when it comes to bitcoin, whose backers he has referred to as “Hodl nuts” and “cyber terrorists.”

Perhaps his most memorable tirade came last month at the Milken Institute Global conference in Los Angeles when he said that bitcoin is “bulls–t” and that blockchain is nothing more than a “glorified Excel spreadsheet.”

Roubini, incidentally, has been gleefully predicting bitcoin’s demise since it was $58. He’s still waiting.