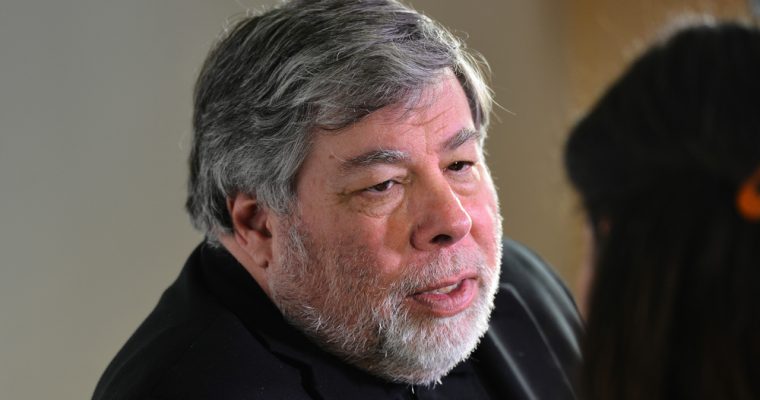 If you’ve fallen prey to a cryptocurrency-related scam, you’re likely too mortified to admit it publicly. However, you should take heart because even Apple co-founder Steve Wozniak has found himself a few BTC short at the hand of an experienced scam artist.

Wozniak related this embarrassing incident at the Economic Times Global Business Summit, explaining that he had sold approximately 7 BTC to a buyer using a stolen credit card number. The payment was ultimately canceled, presumably by the card’s rightful owner, leaving the tech mogul with nothing but an empty Bitcoin wallet.

“The blockchain identifies who has bitcoins… that doesn’t mean there can’t be fraud though. I had seven bitcoins stolen from me through fraud. Somebody bought them from me online through a credit card and they canceled the credit card payment. It was that easy! And it was from a stolen credit card number so you can never get it back,” he said.

Wozniak revealed in January that he had liquidated most of his Bitcoin holdings when the flagship cryptocurrency was trading near its all-time high, explaining that he was most interested in Bitcoin for its utility but had lately found himself too caught up in its price movements.

Nevertheless, the incident is curious, given that common sense would seem to dictate that one should not sell Bitcoin — whose transactions cannot be reversed — to an unknown buyer in exchange for a credit card payment, which can be cancelled after the point of sale.

Indeed, US residents have access to a variety of brokerage and trading platforms that charge small fees and protect sellers against counterparty risk.

Wozniak has never revealed how many BTC he owned, although he did say that he purchased the asset when it was trading at roughly $700. Depending on how large his total balance was, Wozniak could potentially have completed the transaction through one of the many over-the-counter (OTC) trading desks that process cryptocurrency sales for institutional clients.

However, given that the prolific entrepreneur and investor has always described his interest in Bitcoin as an “experiment” — not an investment — perhaps he desired to experience a peer-to-peer (P2P) trade. It seems, though, that he learned an expensive lesson in the process.