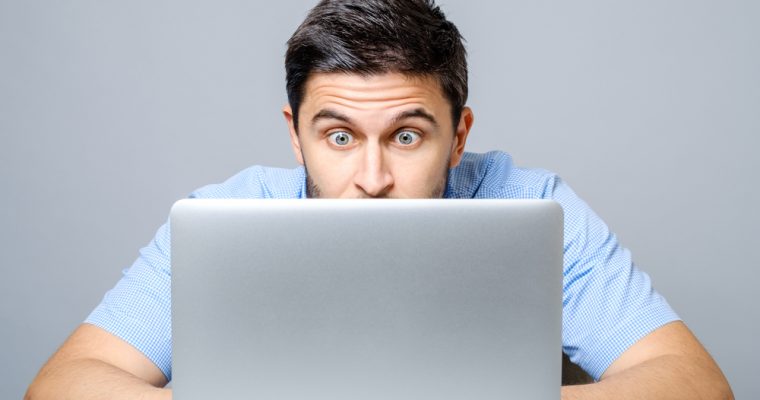 Acting in the public interest is a core tenet of sound journalistic endeavour. From Edward Murrow to The Snowden investigation, incisive investigatory journalism has brought down governments, agencies, politicians and laws.

However, in a changing landscape, the global community has become more fractured, fragmented and disparate. As #FAKENEWS becomes an epithet of anything one disagrees with – regardless of fact – we are fast moving towards a post-truth world.

There is an experience that has infected the cryptocurrency landscape. It is called “FUD”. It literally means Fear Uncertainty Doubt. It is a catch-all phrase that is applied to media articles one dislikes.

The “FUD” moniker can be seen in the comments section on this very website. One can look further afield among the myriad of cryptocurrency news sites and find similar usage among the public commentariat.

Why does it matter?

Having a pejorative term applied liberally to any article that denotes, in the readers’ mind, a negative connection between the content and the crypto landscape creates a problem for both readers and news providers.

This creates a problematic inference, one that sees negative news simply as ‘FUD’ and therein fake news. This creates a problem. News websites rely on readership which in turn are funded by online advertising. If a website publishes content that is deemed too “FUD” and asks inconvenient questions to the powerful; how can such journalism fund itself in a quagmire of propaganda?

There is a sense that those peddling the “FUD” attacks simply want positive news, day after day, to help nurture their own insecurities. Propaganda isn’t the alternative. Propaganda isn’t news. It is information without objectivity used to influence people to further an agenda.

Calling out “FUD” for what it really is!

Cryptocurrency news journalism should attack the “FUD” movement for what it is. It is a fear that inquisitive journalism could result in the torch of journalistic truth illuminating the poor behavior of an unregulated, decentralised, anonymous crypto elite who fear to be uncloaked.

Those peddling “FUD”, and attacking articles with any negative sentiment as a wholesale attack on cryptocurrencies, fail to understand the importance of such analysis and investigation. Right now, Twitter accounts are peddling fake news to trick unsuspecting investors. Right now, Telegram groups are convening to organize the next “Pump and Dump” crypto event. Right now, in all probability, an exchange is in trouble and is covering this experience up.

It is right that these experiences are highlighted. It is correct that the cryptocurrency news community becomes a bastion of truth shielding those who want free, fair and impartial news against the alternative – propaganda.

Cryptocurrencies and the blockchain technology underpinning it will transform society in the twenty-first century. No one can doubt this. However, there is a necessity for good journalism to shine in order to hold those in power to account.

Good cryptocurrency journalism is about trust, it is about being non-biased, it is about integrity, it is about understanding balance and finally reporting in an honest way. To become a reporter for CCN, candidates are requested to sign an ethical statement outlining their own obligations. Other news sites do the same.

The average cryptocurrency investor must have trust in truth over “FUD”. We must move beyond clickbait, persecution and doxing, misquoting, misrepresenting positions and facts. Facts are facts. The post-truth doctrine is a fallacy. We must follow the standard norms of good journalism and the cryptocurrency public will need to mature to understand the importance of this change.