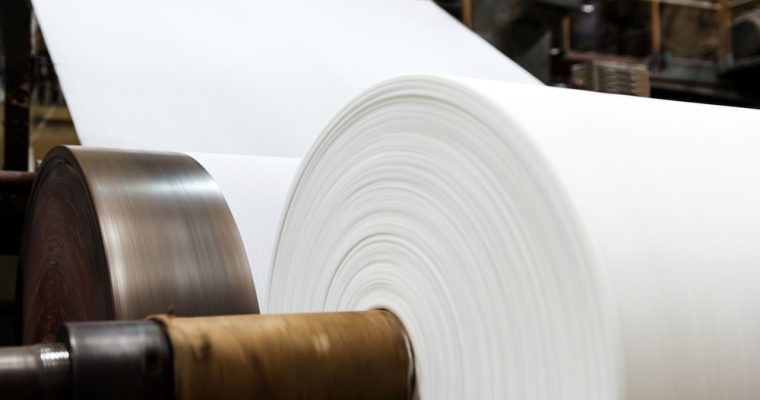 tZERO, a subsidiary of overstock.com (NASDAQ: OSTK), launched an ICO on December 18th last year, attracting over 10,000 registrations for accreditation verification, a requirement to subscribe. The token sale raised over $100 million USD in a mere 12 hours.

The ICO was intended to fund the future development of the proposed tZERO tokens and a security token trading system and platform. The vision of the team behind tZERO is to create a crypto-solution for ‘security token liquidity’ that is in compliance with securities laws. tZERO hopes to leverage its accumulated knowledge in securities trading and technology – including blockchain technology – to develop a platform that can be used worldwide, allowing investors to trade both traditional and emerging types of securities. Their aim is to ‘democratize, expand and strengthen capital markets’.

The tZERO whitepaper begins with a discussion about the emergence of Initial Coin Offerings as an alternative to IPOs or venture capital funding when seeking investment. It then addresses some of the many concerns facing ICOs today. tZERO points out that despite the advantages ICOs have over more traditional paths to accessing investor funding, the token-based style of financing presents risks to investors and challenges for regulators.

ICOs, tZERO argues, tend to be based on the 3 W’s: a website, a whitepaper, and a wallet address. Its ICO is based on the 3 P’s: the people, the product, and the plan. Their whitepaper asserts that a focus on elements that are fundamental to a company’s likelihood of success raises the bar for ICOs.

Secondly, tZERO seeks to meet US securities law requirements. In July of 2017, the US Securities and Exchange Commission (SEC) issued the so-called ‘DAO Report’, the ‘Report of Investigation

Pursuant to Section 21(a) of the Securities Exchange Act of 1934: The DAO’. In it, the SEC determined that the Howey Test should be applied in deciding whether tokens offered during an ICO were to be defined as securities, and therefore subject to state and federal securities regulations.

According to the Howey Test, an investment instrument subject to securities regulation is “a contract, transaction or scheme whereby a person invests his money in a common enterprise and is led to expect profits solely from the efforts of the promoter or a third party.” The test case for the SEC was the ethereum-based The DAO project. While the SEC did not seek to prosecute the developers of the project, it was determined that tokens sold in an ICO were to be considered securities.

As a result, some ICOs issue so-called ‘utility’ tokens, which are services or units of services that can be purchased. As such, they would seem to fall outside the definition of a security, especially if, as is usually the case, they afford the investor no rights or equity in the company.

Increasingly, ICOs are prohibiting US citizens from participating in their fundraising campaigns. This is a strategy to eliminate the risk of falling under SEC jurisdiction and being subject to US state and federal securities regulations, which are notoriously onerous.

tZERO recognizes that regulation is inevitable. The company claims to be the first it is aware of to issue preferred stock security tokens, in accordance with applicable US state and federal securities laws.

Despite this, fine print in their whitepaper states that “tZERO Tokens when offered and sold will not be registered under the US Securities Act of 1933 (the “Securities Act”), the securities laws of any state, or any other jurisdiction, nor is such registration contemplated. tZERO Tokens will be offered and sold pursuant to one or more exemptions from the registration requirements of the Securities Act and any other applicable jurisdiction”. From a potential investor’s perspective, then, it might be useful to view the ICO as being conducted in accordance with US securities regulations, whereas the tokens themselves will not be securities.

tZERO’s whitepaper describes a rather unique hybrid token, offering the best features of traditional securities, (with all the accompanying rights and protections afforded them), along with the benefits and utility of the tokens commonly issued in an ICO.

tZERO boasts an ICO that is based on the 3 P’s of the people, the product, and the plan. Let’s examine these one-by-one.

The team behind tZERO comprises:

Patrick M. Byrne is the CEO and founder of overstock.com. Overstock was the first major online retailer to accept bitcoin as a payment method, and in 2016 became the first company to issue shares of a public company on a blockchain.

Joe Cammarata is the President of tZERO and has a storied history of bringing innovation to trading markets. He remains the CEO of agency brokerage firm SpeedRoute, also owned by overstock.com and part of the tZERO umbrella. SpeedRoute became a highly successful firm under Joe’s guidance and specializes in routing US equity market orders.

John Gilchrist is the CIO of tZERO and brings to the company thirty years of experience in managing and developing technologies in the securities and exchange sector.

The core team is supported by a technology team that is well-positioned to empower tZERO with technological advantages in the securities and trading sectors, and a brokerage team that understands the complexities of the securities regulatory environment in the US capital markets and how to remain within compliance with regulatory guidelines.

With an ensemble of highly successful entrepreneurs, experienced blockchain developers,

Somewhat uncommon for an ICO, tZERO already boasts a suite of operating products and assets in its portfolio. Let’s take a look at these, as outlined in their whitepaper.

DLR software works to prevent naked short selling in the market by recording all transactions electronically, on a blockchain. This automated system of performing transactions is designed to eliminate pricing and allocation inefficiencies that arise from naked short selling (selling stock that has not previously been, or cannot be, borrowed by the trader).

SpeedRoute, a subsidiary of tZERO, has a vast network of brokerage clients and uses smart order routing solutions to execute equities orders. It is anticipated that tZERO will build on SpeedRoute’s technology and platform to incorporate token trading capabilities.

Blue Ocean is an overnight trading platform for U.S. equities, using its Alternative Trading System (ATS) to allow traders to trade securities outside of traditional market hours. Its goal is to revolutionize and modernize capital markets, and reduce the inefficiencies created by restricted trading hours.

Siebert Financial Corp. and tZERO signed a letter of intent to provide discounted online trading of US equities to tZERO customers. It is expected that traders who subscribe to this service would benefit not only from discounted brokerage services, but also from SpeedRoute’s smart order routing and execution services.

Automated trading is a fast-growing industry, and tZERO plans to launch this service in 2018, offering highly competitive rates. tZERO asserts that overstock.com’s enormous customer base will be a target market for this service.

Establishing an enhanced tZERO platform is the principle goal of tZERO. The platform has been operational since 2016, when it began offering trades of Overstock’s Blockchain Voting Series A Preferred Stock (OSTKP). It executes trades using blockchain technology. The company plans to scale up the platform to be capable of trading security tokens (tokens or coins defined as securities under US securities laws). The company acknowledges the immense challenges they face in scaling up their platform to be able to handle security tokens. They do not expect the tZERO platform to be utilized in the same manner for the trading of security tokens as it currently is for OSTKP. Below is an image of the eZERO platform in operation in the trading of OSTKP.

The tZERO platform incorporates an Order Management System (OMS), which has executed “tens of millions of orders on a daily basis with near 100% uptime for the last 7 years”. It also utilizes a Smart Order Router (SOR), which can break orders up to be routed to different market centers, implement dynamic order routing to access the most competitive market prices, and execute various automated safeguards for traders to minimize risk. SORs have become increasingly important in US capital markets, as market centers expand to include more exchanges and dark pools.

These technologies form the backbone of tZERO’s strengths in the marketplace. The company is uniquely positioned to be able to pivot to provide solutions for the use of blockchain technology for trading in both traditional capital markets and emerging asset classes.

tZERO’s whitepaper outlines a compelling case for tZERO’s potential in the sector. Using blockchain technology, tZERO’s goal is to “transform capital markets by making them more transparent, liquid, and accessible”.

tZERO is led by a credentialed team and driven by a vision to utilize the benefits of blockchain technology in capital markets, connecting entrepreneurs and investors with efficiency and transparency. It is a company with the lofty goal of being at the forefront of the intertwining of the fintech and blockchain industries, applying regulatory rigor in anticipation of a changing regulatory environment.