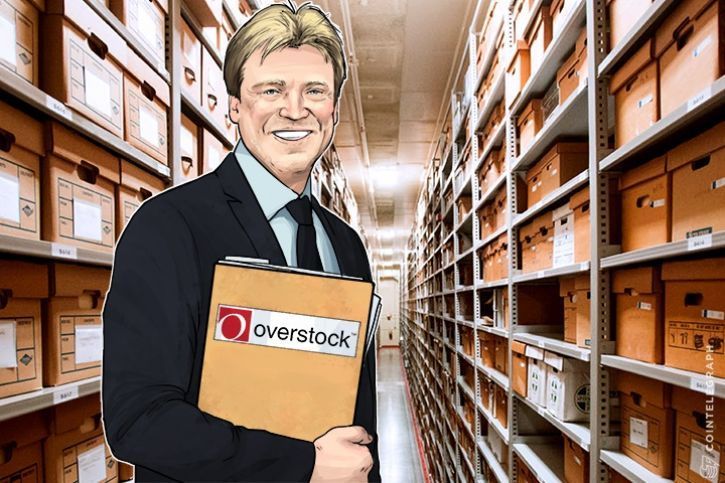 Patrick Byrne, the CEO of Overstock, which was the first major retailer to accept Bitcoin (BTC) back in 2014, has said that he is “not really interested in cryptocurrencies per se,” but revealed a little-known Blockchain project his company has invested “millions of dollars” into in an interview with Business Insider Friday, Feb. 23.

When asked if he’s interested in “everything cryptocurrency” or “really interested in the Blockchain[sic]”, Byrne prefaces his answer by saying he is “really letting something big out of the bag”,  going on to reveal both Overstock’s and his personal interest in a virtually unknown Blockchain project called Ravencoin, which launched very quietly on Jan. 3, 2018.

The Ravencoin project’s single blog post, published Nov. 1, 2017, opens with a sentence designed to peak the interest of a Game of Thrones-loving crypto investor:

“In the fictional world of Westeros, ravens are used as messengers who carry statements of truth.”

The post goes on to describe Ravencoin as “a use case specific Blockchain, designed to efficiently handle one specific function: the transfer of assets from one party to another,”.

Ravencoin was first mentioned on Bitcointalk.org on Jan. 14, 2018 in a post that described its Jan. 3 launch as containing “very little info regarding the future of the project,” but that “since then, several community members have learned that there is an active development team on this coin.”

Byrne told Business Insider that Overstock has put “millions of dollars into teams” for Ravencoin, stating confidently, “[w]e think this coin actually has quite a future.” Byrne then compares Ravencoin to leading cryptocurrency Bitcoin, saying:

In his interview with Business Insider, Byrne follows the project’s 4-page whitepaper in identifying the problem of rising expenses of BTC mining and its centralization around ASIC production and cheap electricity. Byrnes claims that Ravencoin solves said problem by being “ASIC resistant” and “redemocratiz[ing] mining,” going on to describe the current concentration of industrial-level mining in China:

“Anyone can download this software, and you don’t have an advantage by having this big mining warehouse in China.”

A four day old post on the /r/cryptocurrency sub-Reddit titled “What are your thoughts on Ravencoin?” further highlights the relatively unknown status of the project:

“This coin is very new and also implements a brand new algorithm, X16R. Surprised that there’s not a single mention of it in this subreddit, even though thousands of miners are already mining this coin. Is it being kept secret to keep mining difficulty down?”

Only one person has responded so far saying, the same day as the post,: “Never heard of it until now.”

Byrne also told Business Insider that because Overstock was the first major corporation to accept BTC as far back as 2014, the company deserves credit for keeping Bitcoin relevant: “I like to think that we saved that community [Bitcoin] about five years in their adoption cycle.”

In early January of this year, a glitch with Overstock’s payment system inadvertently allowed customers to pay with Bitcoin and Bitcoin Cash (BCH) interchangeably for a three-week window before the mistake was caught, charging customers in BTC or BCH at a 1:1 ratio and thus giving BCH holders a massive, unintentional discount.