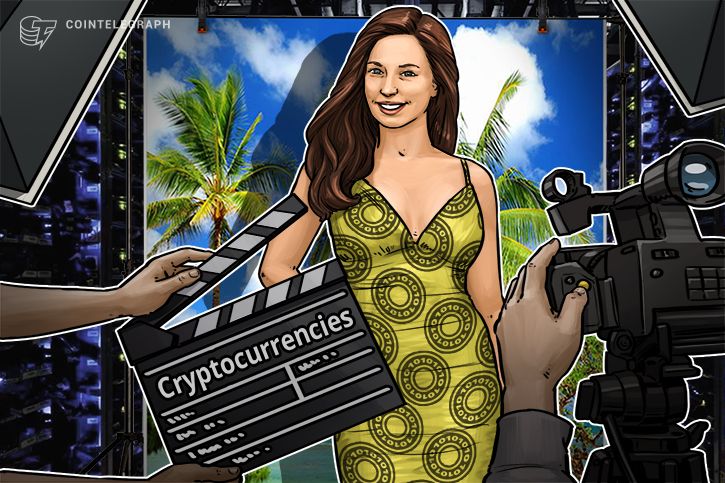 The meteoric rise of Bitcoin’s value in 2017 was enough to bring it into mainstream consciousness – but people are clamoring to get on the Blockchain and cryptocurrency train.

That has culminated in a number of weird and wonderful advertising campaigns, featuring some interesting celebrities and big businesses, all vying to promote and capitalize on the crypto craze that is sweeping the world.

Early adopters of Bitcoin have become prominent figures in the industry, but actors, musicians and scamsters have all played their part in a fascinating few years of marketing and advertising drives in the space.

For decades, actors and musicians have been used to promote a number of goods and services. The tobacco industry is famous for this- using movie stars to promote smoking in popular movies for decades.

It’s safe to say we’ve seen it all. Celebrities from all walks of life have been linked with Bitcoin and cryptocurrencies for years.

Messi is joining the blockchain revolution as @SIRINLABS ambassador! Crazy fun times
Big honor for us to partner up with him pic.twitter.com/vrp4AzGTuj

Rapper 50 Cent reportedly made over $7 mln in Bitcoin, having accepted payment in the cryptocurrency for his 2014 album Animal Ambition. He flaunted his millions last month, having hodled his Bitcoin stash for four years before cashing out.

A little bitcoin anyone? LOL. l know l make you sick but excuse me…I’m getting to the bag 💰 #denofthieves pic.twitter.com/DCJu2thDr9

American football fans were also subjected to a Bitcoin-futures advert by brokerage firm TD Ameritrade during the NFL half time break. It featured singer Lionel Richie promoting 24-hour trading on the platform. 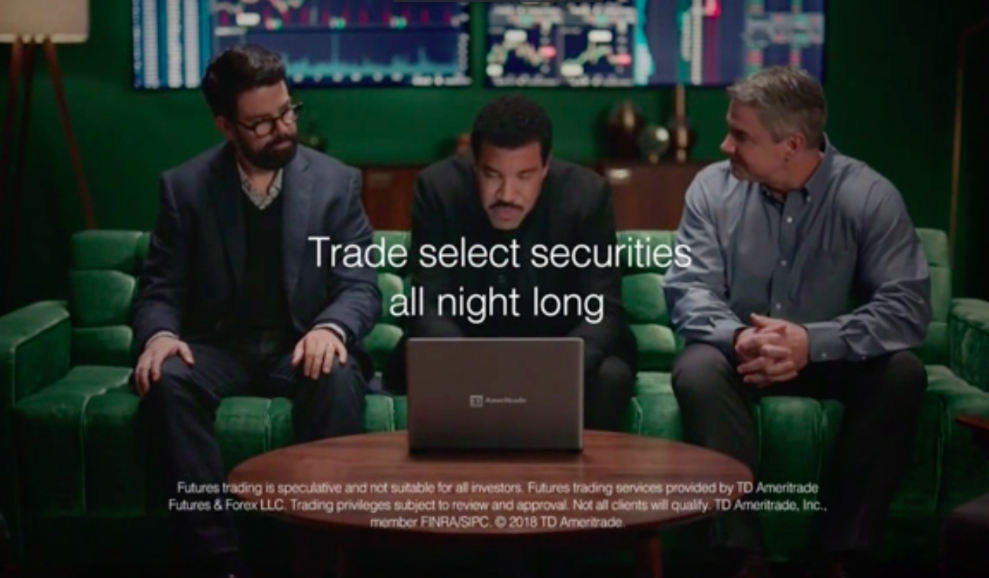 Some celebrities have been involved in perplexing cryptocurrency projects. On Feb. 20, American actor Steven Seagal shared a post on Twitter announcing himself as the brand ambassador for Bitcoiin2Gen (B2G), which ironically is an Ethereum-based ICO claiming to be the second generation version of Bitcoin. A number of exchanges and media outlets have already dubbed the project a scam.

Japan has a voracious cryptocurrency market which has led to some pretty spectacular, and typically Japanese showbiz acts. 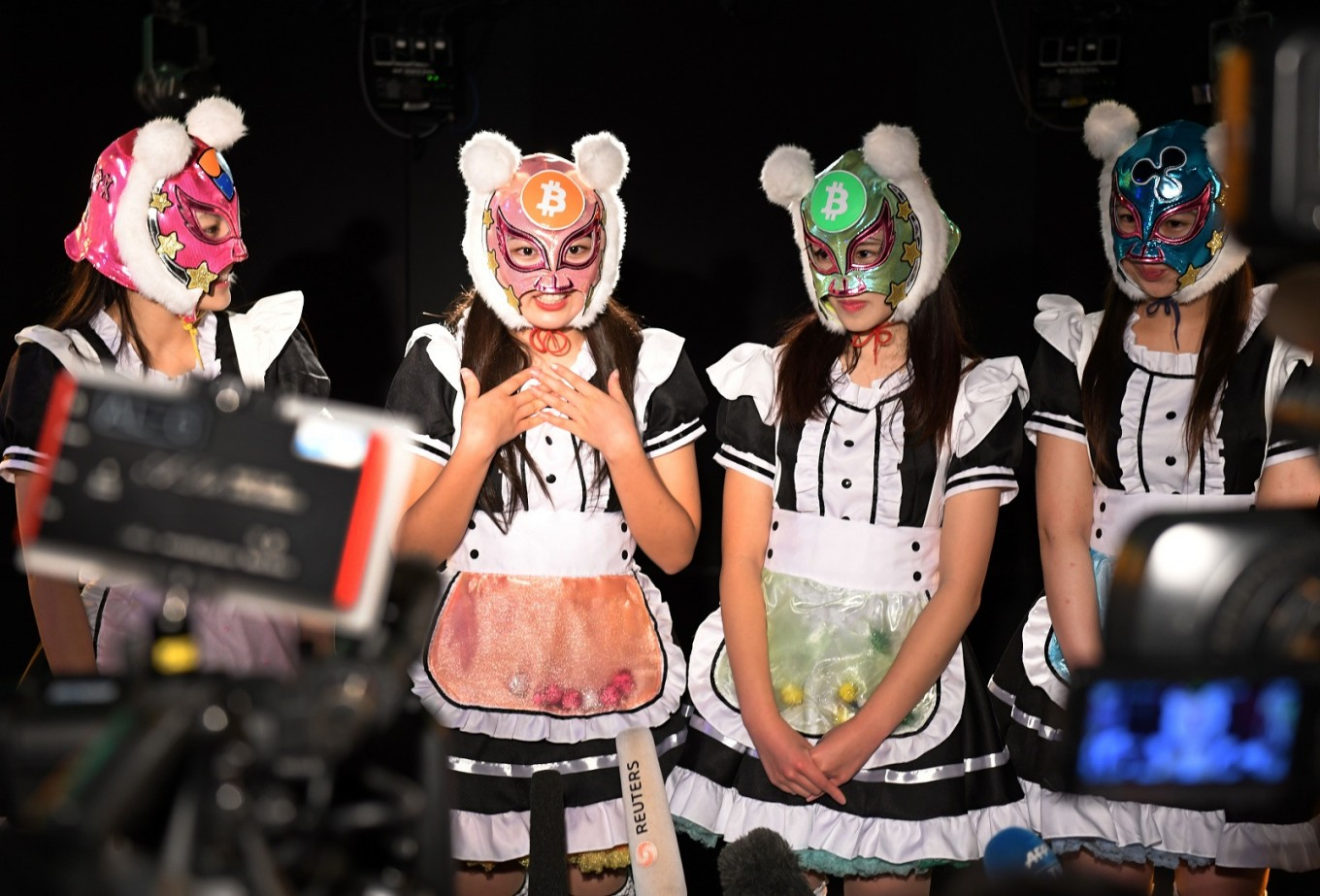 The Virtual Currency Girls are a Japanese pop group that have been spreading the cryptocurrency gospel through song and dance. The Japanese Pop group got plenty of attention when it was formed. Each of the singers takes the identity of popular cryptocurrencies like Bitcoin and Ethereum- and the group’s lead singer 19-year-old Rara Naruse says that was a strategic move:

“We have carefully selected a handful of currencies that are sure to exist in the future in order to broaden the public’s understanding of them using entertainment as our medium.”

The cryptocurrency boom hasn’t stopped there, with local news outlets highlighting a swathe of exchanges running TV commercials on local channels. According to Japan Times, Japan’s biggest exchange BitFlyer was the first to air a crypto TV commercial in April 2017, while other followed suit over the next few months. BitFlyer and embattled exchange Coincheck ran as many adverts as industrial and commercial giants Toyoto, McDonalds Japan and NTT Docomo.

Exchanges have also gone as far as billboard advertising on busy streets around Japan as seen below. While many exchanges are operating legitimate businesses and celebrities are aligning themselves with promising Blockchain and cryptocurrency startups, thousands have been fleeced by a multitude of scams in the crypto space.

A good example is Bitconnect, which had been continually been accused of running a ponzi scheme due to its referral system and lending scheme. The company has shutdown its exchange and lending platform on Jan. 17 and some investors have filed a class action lawsuit to try recover losses in the scheme.

While this is one of the bigger examples of a cryptocurrency scam- the incident has left a bad taste in some people’s mouths.

In a move that was met with apathy from the cryptocurrency community, Facebook announced that it was banning all cryptocurrency advertising on its social media platform.

Facebook’s justification is that it is protecting users from dodgy companies advertising cyptocurrencies and ICOs – making it “harder for scammers to profit.”

To this very end, the move could be understandable and could protect uneducated investors from scams masquerading as cryptocurrency offerings. It does however paint all cryptocurrencies with the same brush, which could have an effect on the way legitimate, regulated exchanges and Blockchain startups advertise in the 21st century.

Social media has reformed advertising with its ability to provide advertisers with incredible accurate target markets. Still besides social media, cryptocurrencies, ICOs and exchanges could benefit from traditional advertising platforms like television, radio and print media.