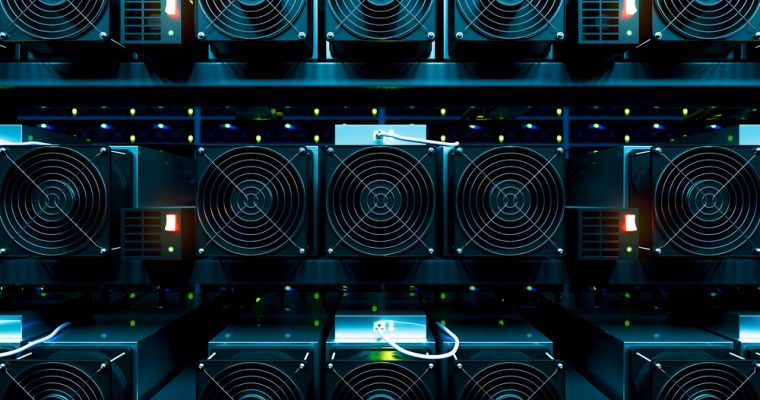 It’s taken China-based bitcoin miner Bitmain four years to achieve performance that its larger tech peer took more than two decades to accomplish, according to analyst firm Bernstein. Beijing-based Bitmain, which came on the scene in 2013, generated between $3 billion and $4 billion in operating profits last year, according to Bernstein data cited in CNBC. California-based chipmaker Nvidia, meanwhile, which boasts a market cap of $147 billion, delivered an operating profit of $3 billion in 2017.

Bitcoin mining operations are comprised of computer networks that perform calculations and are rewarded in bitcoin for the equations they solve, thereby fueling the network. Bitmain generates revenue by a combination of selling mining equipment and running bitcoin mining pools, where multiple miners join forces for greater scale.

Considering Nvidia’s role to provide semiconductors to machines used for bitcoin mining, the combined performance is reflective of a bitcoin mining industry that has shown no signs of slowing down despite China’s best efforts.

Bernstein’s profit estimates for Bitmain are based on a gross margin and operating margin of 75% and 65%, respectively. While Bitmain certainly benefited from last year’s astronomical rise in the bitcoin price, it also takes a very strategic approach. “Bitmain shrewdly adjusts the prices of miners according to bitcoin prices,” according to the Bernstein report.

That’s how they’re able to achieve such as margins, considering that as the bitcoin price soared, so too did Bitmain’s AntMiner S9, while production costs plateaued.

According to Bernstein, Bitmain controls as much as 80% of “bitcoin miners and application specific integrated circuits (ASICs.)” The analyst firm forecasts that Bitmain’s dominance will persist in 2018, but it’s challenging to make predictions beyond that given the uncertainty surrounding the cryptocurrency market and the BTC price.

Bitmain key revenue generating channels are highlighted in gray in the Bernstein report.

Diversifying Away From China

When China began cracking down on cryptocurrencies including bitcoin mining facilities, Bitmain unveiled an astute expansion into a more friendly jurisdiction for the market, Switzerland. In fact, it’s moving its hub right into the heart of Crypto Valley in Zug.

They’ve diversified their business operations even further by also setting up shop in Israel, Canada and Singapore over the past year.

Meanwhile, Nvidia, the company compared to Bitmain in the analyst report, is also benefiting from the demand for cryptocurrencies. Bitcoin miners use the graphics chips made by Nvidia or AMD, for instance, to fuel their operations. Gaming is still their core market, but cryptocurrencies are increasingly playing a role.

Nvidia’s stock price has risen alongside the demand for cryptocurrencies over the past couple of years, though the company has been clandestine about the percentage of its revenues that originate from the cryptocurrency market. In the most recent quarter, Nvidia execs shared that cryptocurrency-driven revenue was higher on a sequential basis.