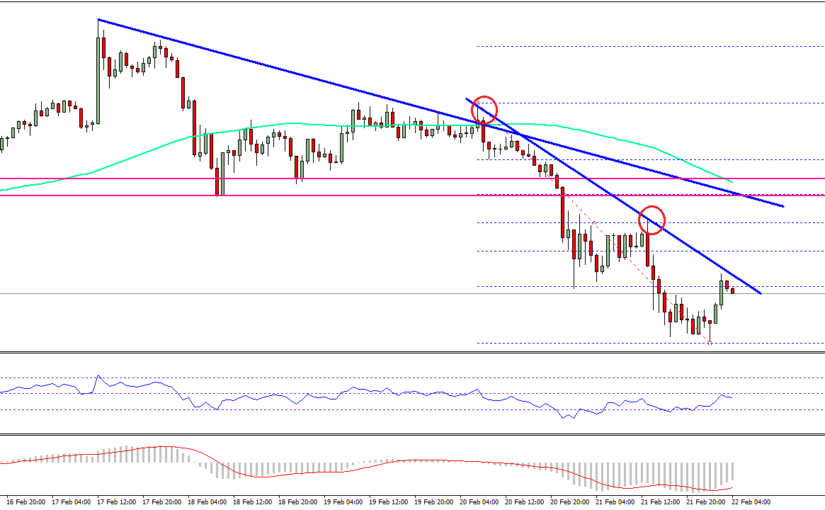 Ripple price declined further during the past few hours against the US Dollar and Bitcoin. XRP/USD is currently recovering, but upsides are likely to be capped.

There was no respite for buyers as Ripple price declined further below $0.9800 against the US Dollar. The price traded lower and even broke the $0.9500 support level. It was under a lot of pressure, which resulted in a push below $0.9000. A low was formed near $0.8817 from where the price started an upside correction above the $0.9000 level.

Looking at the technical indicators:

Hourly MACD – The MACD for XRP/USD is currently reducing its bearish slope.

Hourly RSI (Relative Strength Index) – The RSI for XRP/USD is currently just below the 50 level.

Aayush is a Senior Forex, Cryptocurrencies and Financial Market Strategist with a background in IT and financial markets. He specialises in market strategies and technical analysis, and has spent over a DECADE as a financial markets contributor and observer. He possesses strong technical analytical skills and is well known for his entertaining and informative analysis of the currency, commodities, Bitcoin and Ethereum markets.
View all posts by Aayush Jindal