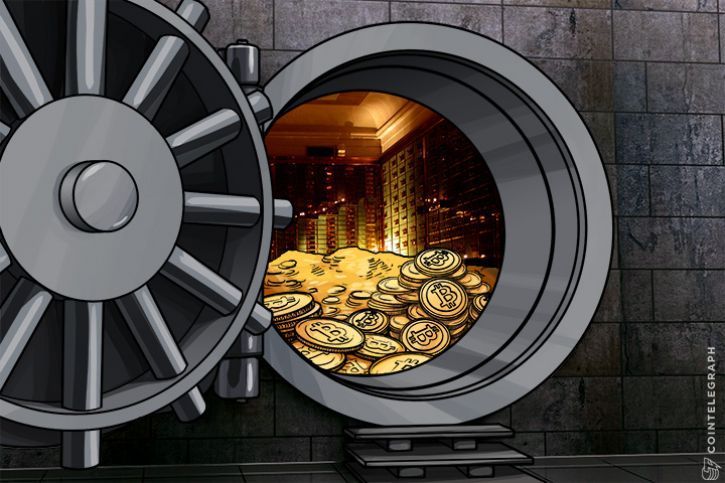 Authorities in Finland are trying to devise a means to store 2,000 bitcoins confiscated in 2016, following new guidelines from the Treasury published Tuesday, Feb. 20, Bloomberg reported.

According to Bloomberg, citing the Treasury guidelines, the authorities are prohibited from storing the Bitcoin stash, worth roughly $22.8 mln today, on virtual currency exchanges or services, instead requiring that they be stored offline, in a cold storage. Finnish authorities have declined to comment on how they’ve been storing the seized Bitcoin up to this point.

Previously existing statutes on seized currency are insufficient to address the problem. Citing a Treasury document, Bloomberg states the Finnish government prohibits authorities in this case from considering Bitcoin or any other crypto asset as currency. Rather it is an asset that “…as a rule, can’t be used or accepted as a means of payment or as an investment”.

Following a binding court ruling on the confiscation of the 2,000 bitcoins, the seized assets will be converted to euros by the Finnish state at public auctions, as the Treasury considers commercial exchanges to be “untrustworthy and opaque”.

This will not be the first case in which cryptocurrencies seized in criminal investigations are auctioned off by the state. During the bust of a customs-dodging crime syndicate in Bulgaria, authorities seized 213,519 Bitcoins, roughly $2.5 bln today, which the government plans to use to settle part of the national debt.

On Jan. 22, the US Marshal’s Office auctioned off 3,813 Bitcoins seized in criminal investigations, some of which, Cointelegraph reported, were seized during the arrest of a prominent drug dealer in the state of Utah. At the time, the Marshal’s sum amounted to a nearly $50 mln value on commercial exchanges.