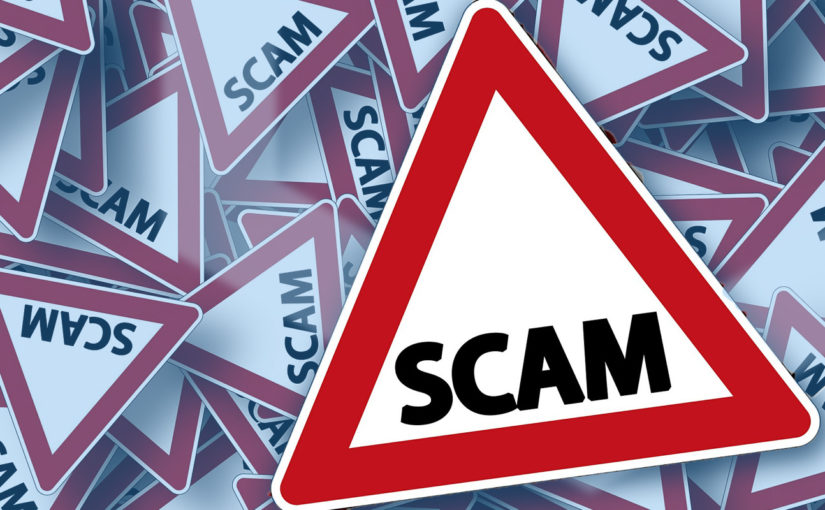 The cryptocurrency space possesses two qualities that make it the ideal environment for scams. Firstly, there is no shortage of legitimate anecdotes about people who have enjoyed immense wealth courtesy of early digital currency investments. The proliferation of such tales provides the perfect backdrop for a “get rich quick” scheme. Secondly, since the technology is incredibly tough for the layperson to understand, a lot of information has to be taken on trust. Unfortunately, thanks to these two factors, there’s a growing list of stories of people who have been duped out of large sums of money. Here are some tips to help you avoid joining it.

Ponzi Schemes: Ponzi schemes work by recruiting new investors to generate returns for their first backers. These scams usually fall to pieces when it becomes apparent that there isn’t actually enough money being generated for all investors.

A common red flag of ponzi schemes is that they promise a high rate of return with very little risk. This is contrary to the usual investment maxim of “high risk/high reward”. Put simply, if it sounds too good to be true, it probably is.

Another red flag to watch out for is multi-level or tiered marketing structures. If it sounds like one level is relying on the efforts of a lower tier to generate profits, you’re likely dealing with a ponzi scheme

Examples of recent cryptocurrency ponzi schemes include Bitconnect. Ethereum founder Vitalik Buterin was amongst those to call Bitconnect out based on their hugely optimistic forecast for investor returns:

Yeah, if 1%/day is what they offer then that’s a ponzi.

Exit Scams: Exit scams are common in the ICO space. They rely on a gullible investor pool and reasonably savvy presentation of a company that doesn’t exist. Those behind the scam will launch an ICO, usually with the most grandiose of claims, before disappearing entirely.

Red flags of exit scams would be incomprehensible white papers, none existent teams, and extravagant profit projections. With it being so easy to pull off an ICO exit scam, it’s important to thoroughly research any project before backing it with hard cash. Study the white paper. Check out the team and their backgrounds.

Remember, most ICOs will probably fail at delivering the promises made to investors eventually. Add in the fact that some of them are downright scams and the chances of an investment falling to zero are even greater.

A recent example of an exit scam was Confido. They successfully raised $300,000 at ICO before promptly disappearing.

Phishing Scams: Phishing has been a popular scam amongst cybercriminals for a long time. The premise behind phishing scams is to trick an internet user into handing over valuable or sensitive data to the scammer. They do this by creating websites or emails with an uncanny resemblance to a trusted service. With potentially huge value now accessible through purely digital means, it’s unsurprising that phishing scammers are targeting cryptocurrency users.

Red flags of phishing websites or emails are non-secured webpage URLs or requests for sensitive data. Check that the website uses a secure address (starts with https rather than just http). In addition, look out for any strange characters within the address itself. Be particularly mindful of the use of tiny dots above or below letters. Also, avoid sponsored advertisements on search engines or social media. If you use an exchange or similar service regularly, type the URL in yourself and bookmark the page after checking its SSL security.

These are just a few of the various scams around and their telltale signs. While the cryptocurrency market remains predominantly lawless, such deceptions will unfortunately be part and parcel of it. Bitcoin and other digital currencies allow their proponents to essentially become their own bank. Whilst this ensures unprecedented freedom from traditional financial institutions, it also demands that investors and users are responsible for their own funds.