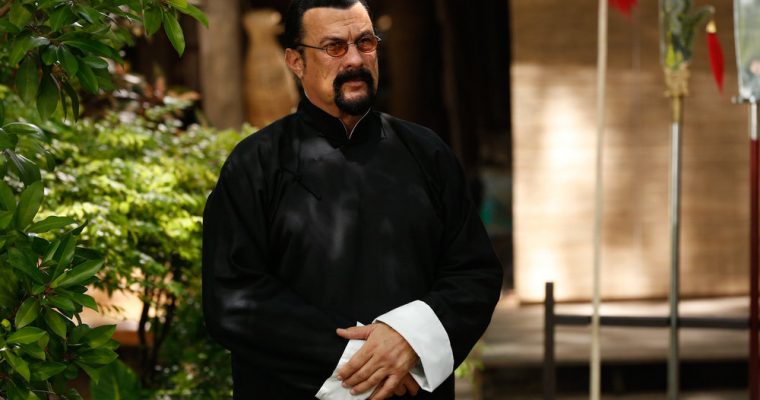 When future historians chronicle cryptocurrency’s ascendance into the mainstream, 2017 will likely be remembered as the year of the initial coin offering (ICO). Critics, though, have often complained that this nascent fundraising model has the industry Under Siege.

But although a myriad of scams have left the ecosystem with Exit Wounds, ICO fundraising has proven to be Hard to Kill, and investors continue to pour money into projects with the hope of attaining wealth that might otherwise be Out of Reach.

Now, action film hero and “Zen Master” Steven Seagal has descended into the Belly of the Beast to direct investors toward the future of cryptocurrency — an ICO token called “Bitcoiin2Gen” (B2G).

The B2G token claims to be a “superior or more advanced version” of Satoshi Nakamoto’s original vision for cryptocurrency, and Seagal — according to a press release and a post on the actor’s Twitter account — will be the coin’s brand ambassador.

“As a Buddhist, Zen teacher, and healer, Steven lives by the principles that the development of the physical self is essential to protect the spiritual man. He believes that what he does in his life is about leading people into contemplation to wake them up and enlighten them in some manner,” the project’s developers stated. “These are precisely the objectives of the Bitcoiin2Gen to empower the community by providing a decentralized P2P payment system with its own wallet, mining ecosystem and robust blockchain platform without the need of any third party.”

The Bitcoiin2Gen whitepaper lays out an impressive plan to build “the world’s first self-sustaining cryptocurrency,” with developers planning to add “to the blockchain unique features such as mining [and] trading.”

During the ICO, investors can purchase B2G tokens for just $5, but due to the coin’s superior features, the developers wrote in their roadmap that they expect its value to reach $388 by December of this year.

And if that’s not enough to convince you to buy in, the project even has an ICO referral program that supporters will likely say is definitely not a pyramid scheme.

Unfortunately for Seagal, the US Securities and Exchange Commission (SEC) has not taken kindly to the rising number of celebrities who have given “potentially unlawful” endorsements to token sales that the SEC considers to be securities offerings. Indeed, the agency has made quite clear that it is Out for Justice and won’t let ICO organizers operate Above the Law.

It would seem, then, that this former action start finds himself On Deadly Ground.