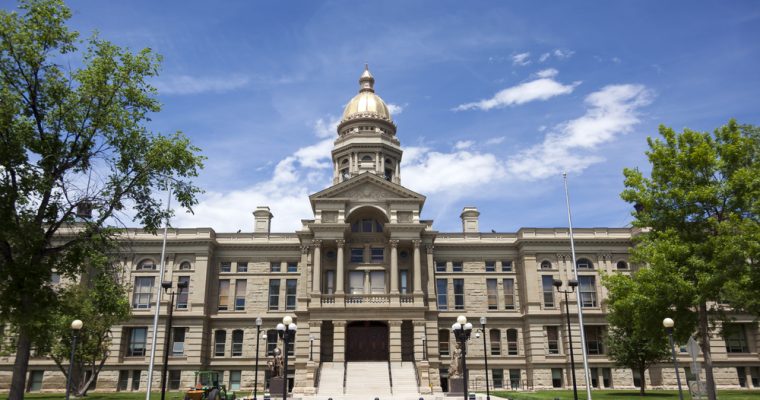 Wyoming just gave Americans another reason to live there. In a one-two punch to the US Fed, the Wyoming Senate Bill 111 was introduced on Feb. 16, moving to exempt cryptocurrencies from property taxation, solidifying the state’s business tax-friendly reputation and lifting its profile for blockchain businesses in the interim.

If the bill passes, not only would it be a boon for Wyoming’s economy, benefiting both individual investors and blockchain startups that would land there, but it could inspire other US states to similarly remove any hurdles that would interfere with the proliferation of the cryptocurrency market.

Wyoming is already one of a handful of US states that don’t charge income tax. By taking a similar approach with cryptocurrencies, it’s likely to fuel a blockchain-fueled economic boom that’s already begun to unfold in the state. The IRS, meanwhile, classifies bitcoin and other cryptocurrencies as property and taxes them accordingly. Wyoming would ostensibly be removing one layer of taxation for investors, including both individuals and businesses.

The bill, which is being sponsored by half-a-dozen Republican Senators and Representatives, includes virtual currencies among a list of other intangible items that “shall be exempt from property taxation” as soon as the bill becomes law. It defines virtual currencies as “any type of digital representation of value that is 1.) used as a medium of exchange, unit of account or store of value, and 2.) is not recognized as legal tender by the US government.”

In addition to cryptocurrencies, the bill also extends to “money and cash on hand including currency, gold, silver and other coin, bank drafts, certified checks and cashier’s checks.”

Wyoming Senate Bill 111 would draw even more blockchain startups, which is the idea as cryptocurrency-friendly states jockey for position in the market. Wyoming is a big coal producer and boasts low electricity rates, which is a draw for bitcoin-mining operations.

Even before Wyoming Senate Bill 111, blockchain startups were flocking to the state, including Canadian-based BlockCrushr, which added a corporate subsidiary there. In addition to Senate Bill 111, Wyoming is also pushing Bill HB0070, which would pave the way for digital tokens on an open blockchain from being subject to the state’s securities and money transmission laws.

South of Wyoming, the Arizona Senate earlier this month passed a bill to allow locals to pay income taxes in bitcoin and certain altcoins. The bill must still pass the House, but the more US states move to integrate cryptocurrencies into their taxes, the more it stands to undermine the commercial banking system.