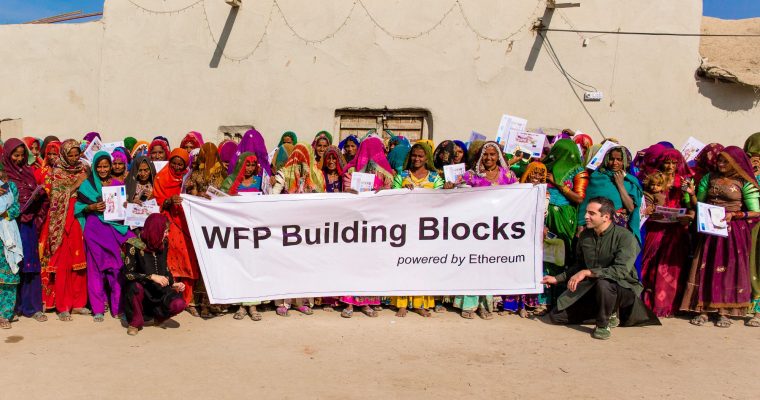 Over a year ago in January 2017, the World Food Programme (WFP) successfully tested ‘Building Blocks’, an early experiment that enabled the transfer of WFP food and cash on a public Ethereum blockchain through a smartphone app, to vulnerable families in Pakistan.

“Blockchain technology, most famously associated with the crypto-currency Bitcoin, offers unique opportunities for humanitarian agencies to provide the best-possible assistance to vulnerable people around the world,” the WFP said at the time.

Within months, the WFP ran a full pilot in the Jordanian refugee camp of Azraq to successfully facilitate cash transfers for over 10,000 Syrian refugees on its blockchain payments platform. The pilot alone is said to save the agency $150,000 a month while eliminating a staggering 98% of bank-related transfer fees, according to Munich WFP innovation lab chief Bernhard Kowatsch.

Beyond money transfers, the implementation of blockchain technology enabled Syrian refugees to buy food from local retailers using a biometric scan of their eye wherein each transaction is recorded on a blockchain. The use of cash, bank cards or paper vouchers is rendered obsolete as refugees needn’t share any sensitive data with banks or mobile operators. Instead, refugees benefit from greater security and privacy through an immutable, secure blockchain.

Now, the UN agency – feeding over 100 million people across 80 countries – is expanding its Ethereum-based blockchain platform after estimating savings of millions of dollars in bank transfer fees by utilizing decentralized blockchain technology.

“We felt we could replace the services offered by banks with blockchain. Blockchain helps promote collaboration by providing enormous amounts of data.”

The WFP has an annual budget of $6 billion and distributes about $1.4 billion in food vouchers and digital entitlements every year, Opp said. While not detailing specifics of the agency’s plans to further its use of blockchain technology, the director was quoted as stating:

Beyond its usage in cash transfers, identity management and (food) supply chain operations, the WFP has previously stated it is researching applications of blockchain technology in other areas. “The full potential of blockchains can only be realized if all humanitarian actors collaborate around this platform” the WFP said in March 2017.

Other humanitarian efforts benefiting from blockchain innovation include India’s ‘Million Meals’ – the world’s largest midday school meal program that caters to over 1.6 million children in the country, using the decentralized technology for a number of critical processes in the food supply chain, data gathering and more.