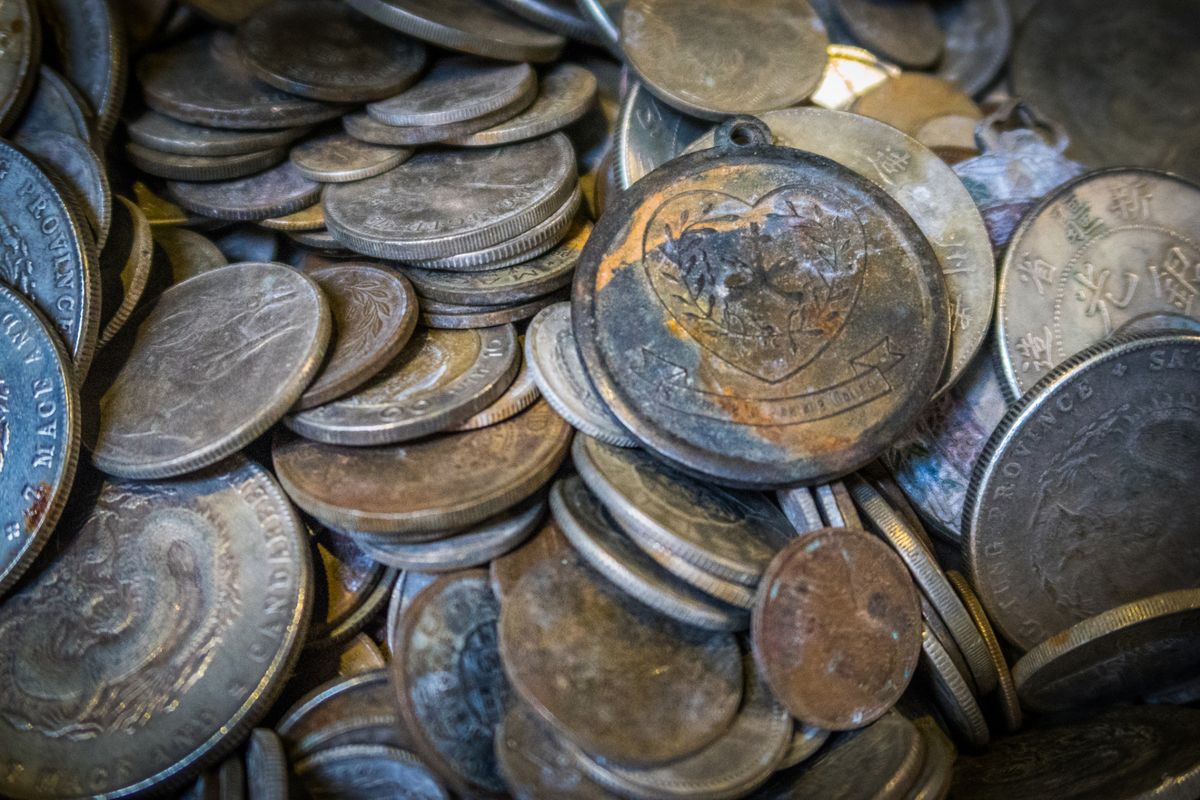 Is bitcoin money, or a payment system? Mounds, or Almond Joy? Great taste, or less filling?

If bitcoin is good at both those jobs, then it’s probably got a bright future. If it’s good at neither of them … well, farewell, bitcoin, we hardly knew ye. In a previous column I tackled the question of whether bitcoin was going to replace existing payments systems, and concluded that well, no, probably not. So. Today we ask whether it makes good money.

So what of bitcoin-as-money? That’s a complicated question, because money is an insanely complicated concept, even though it seems simple to us when we’re exchanging $5 for an Extra Value Meal. But economists broadly agree on two core functions of money: It is a medium of exchange, and a store of value.

A medium of exchange means that, well, people will give you stuff in exchange for it. And there are already places where people will give you real goods and services for your bitcoin. But there aren’t that many of them. For bitcoin to compete with global currencies, it’s going to need someplace on earth where you can confidently walk into most stores and expect them to quote you a price in bitcoin. Are we ever going to get there?

If you were a merchant, would you take an extremely volatile currency that, six months hence, might be able to buy you a car or a pack of Freedent gum? Heck, six hours can make a big difference in the price.

In general, merchants do not like to accept payments that could be worth radically more or less than the posted price of the goods by the time they deposit the cash in their bank account. If they do accept it, they will demand a premium to compensate them for the risk.

Which will in turn make bitcoin less attractive to consumers.

When people sell something, they are effectively buying an option on future consumption, and they want to know how much that option will be worth before they trade real, valuable labor and raw materials for it. In other words, while the buyer wants a medium of exchange, the seller wants a store of value.

Many things that we treat as stores of value are volatile. Stocks are volatile. Bonds are volatile, at least compared to cash. Gold is volatile, and for a long time, gold was money in most of the Western world. It is still the favored investment for many people when things start going all to heck in the local or global economy.

And indeed, I find that a lot of the people who write me about bitcoin talk about it in exactly the same way that gold bugs talked about gold 10 years ago. They are particularly attracted to the fact that its quantity is strictly limited: There can never be more than 21 million bitcoins in existence. If you’re worried that your government is going to inflate away the value of your savings, that guaranteed scarcity is pretty valuable.

But in the West, where most of the world’s money is, how many people are worried about that? Inflation is low. Moreover — and much more importantly — most of the people with serious savings no longer do that saving in banks, where their savings is vulnerable to inflation risk. For most Americans, their biggest asset is their home, which is hedged against inflation, which is to say that home prices will rise along with the general price level. The equities in their 401(k)s offer a similar inflation hedge. Bonds are a bigger risk, but why would you take your money out of dollar-denominated bonds and plunge it into a risky, volatile asset class like bitcoin when you could just buy a stock mutual fund? The mutual fund would invest your money in companies that make and sell real goods and services, rather than an elegant cryptographic solution of the Byzantine Generals problem.

I imagine that there are some bitcoin enthusiasts among my readership who are already muttering that that’s now, and what about later? The point of a gold standard is that no darned government can start inflating the currency to solve a political problem. When that happens, we’ll need something that can hold its value as the government systematically pushes the economy into monetary ruin. Because no government controls it, no government can inflate it. Or seize it (so the argument goes).

Which brings us to the thing that a lot of people seem to think bitcoin really is good for: hiding your money from the government.

Bitcoin has real advantages over gold if you are, say, attempting to get your money out of a country with strict limits on shipping currency abroad. It’s a lot easier to hide a USB drive than a truck full of gold bullion, or even a foreign bank account stuffed with smuggled cash.

But bitcoin has real disadvantages, too: A USB drive is easier to steal, or lose, than a truck full of gold bullion. Moreover, gold does have actual uses: It is pretty to look at, and it also has some industrial applications, which means its value will never fall to zero, as bitcoin’s might. And bitcoin is a good bit more volatile than gold, which means that you could suddenly discover that your carefully smuggled savings are worth very little when you need them. Even if “when you need them” is “next week.”

Perhaps the biggest weakness, however, is that if bitcoin really turns out to be a good way to keep governments from controlling their economies and their citizenry, then governments will crush it.

When I bring this up, bitcoin enthusiasts tend to insist that this can’t happen. But in fact, bitcoin has already turned out to be in some ways uniquely bad at hiding money, because the blockchain is a ledger of every transaction; if you can trace an account to a real person, you know exactly what they’ve bought (as Silk Road customers discovered to their displeasure). Moreover, governments have, over the past 30 years, proven extraordinarily adept at crushing any threat to their power to monitor and tax their populace.

Tax havens, once thought to be invulnerable, have increasingly caved to pressure from rich-world governments that found an easy way to damage their business: threaten to make it difficult for them to move money in and out of large developed countries. Internet gambling by U.S. customers was effectively shut down the same way: just tell payment servicers they were no longer allowed to process transactions with online casinos. Governments can do the same to bitcoin, closing off the points of entry into the real economy where bitcoins turn into cash.

Will there still be transactions taking place at the gray edges of the economy? Sure. But they’ll be marginal, for illegal things like drugs or for gray-market transactions like used items sold by private sellers. Would you pay $18,000 or more for a bitcoin that was only good for those sorts of purchases? “Dirty green stamps” is a sort of interesting business model, but I’m not sure it’s a hugely profitable one.

The price of bitcoin seems to be driven by people who think that this can’t or won’t happen. As a longtime observer of the extraordinary, and often unjust, lengths that governments will go to in order to maintain their control over the financial system, I think bitcoin’s true believers are wrong.

So when I ask “What is bitcoin good for?” the answer I come up with is “not enough to justify anything like these valuations.” There are all sorts of interesting applications for cryptocurrencies and blockchains. But unless they become a global currency, or a global payment system, I don’t see why, 50 years from now, anyone is going to be willing to pay tens of thousands of dollars to get their hands on one.

This column does not necessarily reflect the opinion of the editorial board or Bloomberg LP and its owners.

To contact the author of this story:
Megan McArdle at mmcardle3@bloomberg.net

To contact the editor responsible for this story:
Philip Gray at philipgray@bloomberg.net